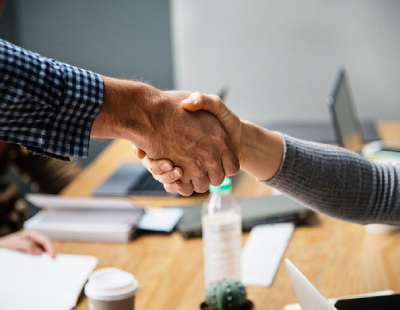 Relationships between conveyancers and estate agents have improved since the manic stamp duty-holiday driven days of the pandemic, but it is the opposite for clients.

Speaking during a webinar run by the charity to mark Stress Awareness Month, Davies said buyers and sellers were quite patient during the legal process at the time of the pandemic because they understood the problems.

But this has since changed.

He said: “It just seems that they are now very, very demanding which is putting a lot of pressure on our teams.

“That again is fuelled by the very buoyant property market. People are very impatient now because they know that house prices are going up and they may get gazumped so there is very little tolerance in the market which is putting a lot of pressure on all conveyancers.”

The Conveyancing Foundation launched a ‘Be Kind We Care’ campaign during the pandemic, prompted by growing reports of aggressive professional behaviour in the property, conveyancing and legal sectors.

Davies said: “We are in a little bit of a situation in the conveyancing world.

“The industry has had a very busy and difficult time with people working from home but also the stresses within our environments with the stamp duty deadlines which gave us false set of waves throughout last year leading up to September was hugely stressful.

“I don’t think they have quite gone away and certainly the volume of instructions coming through is quite considerable and managing capacity and the amount of work is an important factor.

“We had a dip in completions at the beginning of the year but we were back to a high at the end of last month. We are living through a series of peaks and troughs and we need a more level playing field.”

Webinar host Elizabeth Rimmer, chief executive of LawCare, said it was important to manage client expectations, while Jason Bull, a mentor at Agents Together and chief operating officer at Easyproperty.com, said tolerance in dealing with each other was down to education.

He said: “Sometimes problems can arise when agents don’t understand where their job ends and where the conveyancer’s job begins.

“I have seen agents interfering with a conveyancer’s job and that just adds extra time, extra complaints and layers of conflict and yet we share the same problems and by talking to each other, we can solve an awful lot of them.”

Agents look like they’re getting into their decorative strive - here...

An estate agency in Lancashire has been taken over by a...