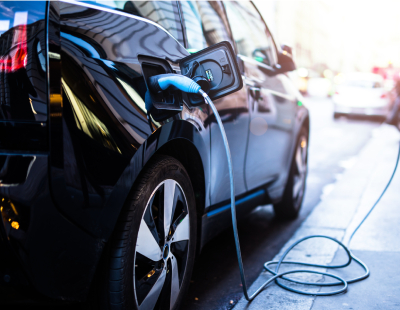 Analysis by Savills of registration data from the Department for Transport suggests that 23 local authorities with the most electric cars - where more than 2% are plug-in hybrid electric vehicles (PHEV) -  have an average house price of more than £800,000.

The average house price in the 30 local authorities outside of London with the highest concentration of PHEVs is £560,000, according to the research.

However, the research reveals that while the combined number of electric, plug-in and other ultra-low emission vehicles has increased by 176% over the past two years, the number of charging points has increased just 72%.

On average there is one public charging point for every six privately owned electric cars and one for every five privately owned hybrid cars, according to Savills research.
However, the biggest shortfall in provision is the south of England beyond the capital.

Areas including Elmbridge, St Albans and Sevenoaks all have high levels of ULEV ownership but very limited public charging infrastructure, with more than 20 cars to every charging point in each of these locations.

This means that the emphasis is on owners of ULEVs to install charging facilities at home.

The best location for tracking down a charger is Coventry, in the West Midlands, with 485 public charging points — more than one for each privately owned electric car.

The worst is Castle Point in south Essex, where there are 62 cars to just three charging points.

Kat Martindale, head of ESG Research at Savills, said: “As fuel prices surge, more Britons will be considering the switch over to a hybrid, or a fully electric vehicle, quicker than previously planned.

“But roll out of public charging infrastructure has been slow and is still very patchy across the UK.

“The logistical challenges mean that access to charging facilities at home is even more critical.

“In order to reach widespread adoption across wider sections of society, we need to see a three pronged approach, measure to reduce the upfront cost of electric car ownership and home charging, a more comprehensive roll out of public charging points and investment in the capacity of the grid to facilitate this."

Lucian Cook, head of residential research at Savills, added: “As the gap between demand for ULEVs and public charging points grows, we can expect to see homes that offer private charging provisions to come at a premium.

“Owner occupiers are by far the most likely to have the means and inclination to install their own charging points.”

The price of new build homes could soar if developers are...

Property sales slumped in April but are still above the pre-pandemic...

Pandemic helps push up the number of half a million-pound hotspots ...

The number of areas where the average house sale price exceeded...