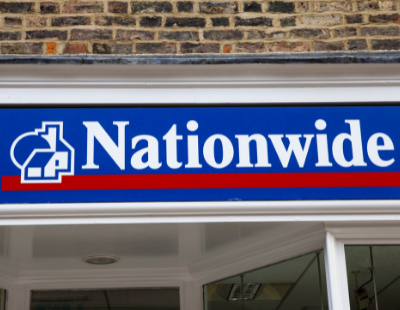 The latest Nationwide House Price Index shows property values rose 10.7% in June, a slower pace than the 11.2% registered in May 2022.

Robert Gardner, chief economist for Nationwide, said: “There are tentative signs of a slowdown, with the number of mortgages approved for house purchases falling back towards pre-pandemic levels and surveyors reporting some softening in new buyer enquiries.

“Nevertheless, the housing market has retained a surprising amount of momentum given the mounting pressure on household budgets from high inflation, which has already driven consumer confidence to a record low.

“Part of the resilience is likely to reflect the current strength of the labour market, where the number of job vacancies has exceeded the number of unemployed people in recent months. Furthermore, the unemployment rate remains close to 50-year lows. At the same time, the stock of homes on the market has remained low, which has helped to keep upward pressure on house prices.

“The market is expected to slow further as pressure on household finances intensifies in the coming quarters, with inflation expected to reach double digits towards the end of the year.

“Moreover, the Bank of England is widely expected to raise interest rates further, which will also exert a cooling impact on the market if this feeds through to mortgage rates.”

Commenting on the data, Simon Gerrard, managing director of Martyn Gerrard, said low stock is hitting those trying to move up the property ladder the most.

He said: “Whilst there is nothing new about the seasonal summer slowdown, this year the housing market must also contend with a cost of living crisis, soaring inflation and an upward creep in mortgage rates.

“However despite these obvious challenges, house prices will remain high as buyers fight tooth and nail to secure the best homes in a chronically under-supplied market. But on the ground it is the second steppers who are struggling most as they seek to move up the ladder amid near-unprecedented competition for property.

“Make no mistake, alarm bells should be ringing within government over this housing supply crisis. The only viable solution to make the market more accessible is an urgent relaxation of planning laws to help stimulate supply across the country.”

Sarah Coles, senior personal finance analyst for Hargreaves Lansdown, added: “House price rises have slowed to a crawl. The annual figures look impressive at 10.7%, but for the past three months we’ve seen less than 1% growth each month, and 2.6% growth in total.

“It’s like lunchtime for a mountain climber. If you focus on how far you climbed earlier, it’s easy to miss the fact you’re not going anywhere in a hurry right now. The question for any climber is what comes next: more slow progress or a fall?”

She said rising inflation and the cost of living crisis is weighing on buyer demand.

Coles added: “The question is whether we will see prices slow to a crawl, stagnate, or start to drop if we see a recession.

“An awful lot depends on things we don’t yet know – including how high interest rates will go, how deep any recession might be, the impact it could have on jobs, and whether this is serious enough to cause real damage to the property market.

“Certainly the risks on the downside are starting to build. We’re seeing the first predictions of price drops, and while these are currently a few voices in the crowd, they’re highly unlikely to be the last.

“For anyone planning to buy right now, it’s going to give them pause. The desperate dash for property at a time of rocketing prices may be over. Buyers have time to consider whether this is a move they can really afford, and whether they’ll still be happy they made it if prices pull back later in the year.”

The Nationwide says house prices have edged up 0.1 per cent...

The lack of agency stock for sale has pushed the gap...