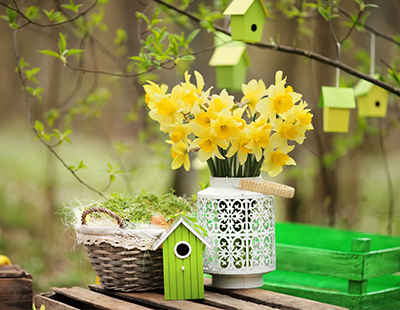 The Ukraine conflict and cost of living crisis is likely to but a dent in the spring market for agents, an industry expert has warned.

The lack of property supply is a well-trodden theme and Tom Bill, head of UK residential research at Knight Frank warns supply is only growing gradually as the traditional selling season arrives.

He says: “You don’t need to spend long on a property portal to realise that supply is tight in the UK housing market.

“A recent search of my south London postcode produced a list of properties that were either already sold, under offer, mis-priced or best described as ‘unusual’. It wasn’t even a long list.

“While buyers have been registering in record numbers in recent months sellers have hesitated, which reflects the mixed national mood.

“People are making plans but there is a whiff of uncertainty as we move beyond the pandemic, with the conflict in Ukraine intensifying the cost-of-living squeeze.”

He highlights house price index figures from Halifax and Nationwide, showing annual growth in property values of 11% and 14.3% respectively and warned the supply and demand imbalance means this is unlikely to drop any time soon.

Bill adds: “The number of new sales instructions across the UK in March was only 0.5% below the five-year average for the same month, which is encouraging.

“However, for context, the number of new prospective buyers registering was 56% higher.

“Spring doesn’t feel like the moment when normality returns, unless it happens very late.”

He says this presents an irony for sellers.

“Listing your property now is potentially beneficial while there is so much upwards pressure on prices.

“Waiting implies the risk of headwinds as rates and inflation move higher.

“Irrespective of the timing, it is unlikely that prices will fall as the market self-corrects.

“Rates remain historically low and many households have accumulated large quantities of wealth during the pandemic. Neither is there any discernible weakness in the labour market or banking system.

“For now, to anticipate that all-important moment when prices begin to moderate, keep checking the property portals.”

It comes as analysis of prime central London (PCL) by Knight Frank found that average prices rose 2.1% in the year to March - the strongest annual rate of growth since May 2015.

Average prices in PCL are still 16% lower than they were at the start of 2016.

That compares to a 9% decline in prime outer London and a 13% increase in country markets, according to the analysis.

The report revealed that the number of new prospective buyers in PCL was 84% higher than the five-year average in the first quarter of this year.

The equivalent figure across the whole of London was 71%, dropping to 42% in the UK regional markets.

House price growth is expected to hit single digits by the...