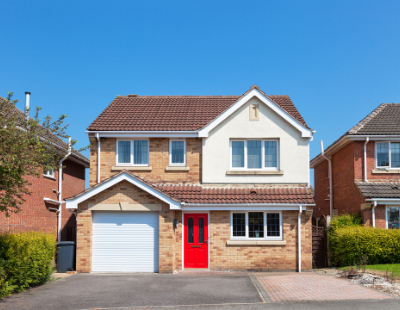 Rightmove claims to have identified the dream home for buyers.

A survey of more than 2,000 visitors to the portal’s website has revealed what buyers really want.

It turns out that it is a four-bed detached home in a coastal village with two living rooms, two bathrooms, a garden, garage, utility room and an office – plus a Tesco nearby.

The rise of working from home comes through especially in the younger age groups, with those aged 18-34 saying a home office is their number one priority for an extra room.

The conservatory doesn’t start to appear as a must-have until age 65, with this cohort craving a bungalow over a bigger home.

Village life wins across all ages, though 18–24-year-olds would prefer to live in an inland village than by the coast, and first-time buyers are more likely to want to live in a town, according to the survey.

There are some regional variations when it comes to supermarket preferences.

Aldi is the most desired supermarket in Scotland and the West Midlands, Sainsbury’s wins in Yorkshire & the Humber, and Waitrose comes top in London, the South East, South West and East Midlands

The pub was the most popular establishment people want nearby nationally, followed by a local corner shop, coffee shop and a local market.

Tim Bannister, property expert for Rightmove, said: “The study paints a fascinating picture of what a ‘dream home’ really means to people.

“Usually you might think a dream home is a mansion with swimming pools and other luxuries, but the British sense of thinking practically comes through very clearly with garages, utility rooms and home offices the order of the day.”

The latest in the recent surge of consumer information publicised by...

A PropTech website has broken down the sales recorded by HM...