It’s been a dramatic week in the world of politics – and this has led to another new Housing Secretary, in the form of Michael Gove, after the sacking of his predecessor Robert Jenrick.

But while it’s all change at Westminster, there has been no change in the sterling charitable work carried out by agents up and down the UK. And we have a bumper week of charity initiatives to work our way through this week.

Before we get started, a quick reminder that to feature your agency’s great work in this column, all you need do is contact us at press@estateagenttoday.co.uk with details, pictures and videos and we’ll do the rest in sharing your fine fundraising efforts with the industry.

Fine & Country Foundation: First up, we head to Stanford Hall in Northamptonshire, where Fine & Country agents and suppliers from around the country joined together on Friday 10 September for a day of fun and entertainment all in the name of a good cause.

The appropriately named Field Day was the first physical event that the Fine & Country Foundation has been able to organise since the pandemic started last year. It was an opportunity for the agents within the network to get together in person for the first time in a while and have some fun, which included throwing pies in each other’s faces, all in the aid of an incredibly valuable cause.

Stevenson seemed to be a drawcard at the pie-throwing stand, with agents opening their wallets to get their turn. She had stated that agents would have to be generous with their donations to get her in the firing line, and the network rose to the challenge, with some agents paying hundreds of pounds per pie in the name of a good cause.

Jon Cooke, Trustee of the Fine & Country Foundation, said: “The event was a great success with over £18,000 raised for The Foundation on the day through ticket sales, bedroom auctions at Stanford Hall and the pie throwing stand. A big thank you to the network, as well as the sponsors and suppliers such as eHouse, Moneypenny and Garrington who helped make the event possible. The money raised will go to further enhance the work The Foundation is doing to aid charities and organisations working with those in need.” 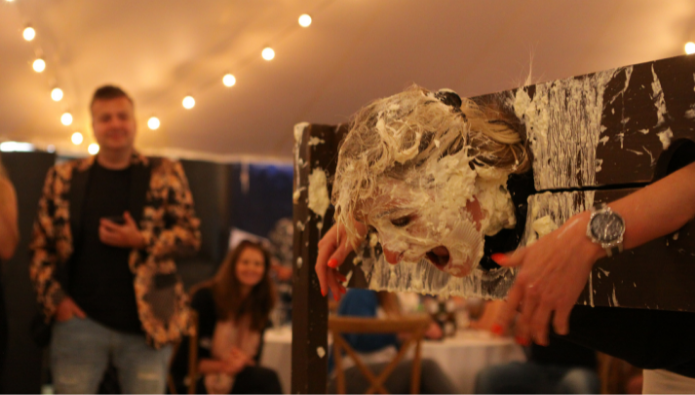 The Fine & Country Foundation was established in 2014 to help those living in homelessness and poverty. The Foundation works with a number of homeless charities in the UK and internationally to fund projects and charities who need it most. Since its inception, the Foundation has raised over £600,000, through several fundraising initiatives and events, such as Field Day.

Fine & Country agents are able to nominate homeless charities, which will then be reviewed and could receive a grant of up to £3,000.

“Money received through events such as Field Day will help The Foundation to provide more grants to more charities in need. Through the generosity of the network and the public, The Foundation is able to make a difference and help those who need it most,” Cooke concludes.

You can donate to The Foundation here.

Agent Rainmaker Live: The team behind this event, held at the Marriott Hotel, Heathrow, last weekend (September 10-12), are celebrating a fantastic turnout and their best-ever fundraising total.

The weekend brought together letting agents from across the UK and beyond – and raising a staggering £43,000 for a charity supporting seriously and terminally ill children.

Promise Dreams has been supported by the Agent Rainmaker team for a number of years, and founder Sally Lawson said she was ‘delighted’ to have exceeded the total raised at their 2019 event by £9,000.

“We are delighted to be able to make the donation to Promise Dreams with the support of all of the event attendees – many of whom have also signed up to make a monthly ongoing donation to this wonderful charity,” added former ARLA president Lawson.

The team completed the Yorkshire Three Peaks Challenge on Sunday on behalf of the Belmayne Foundation, which supports small local charities. 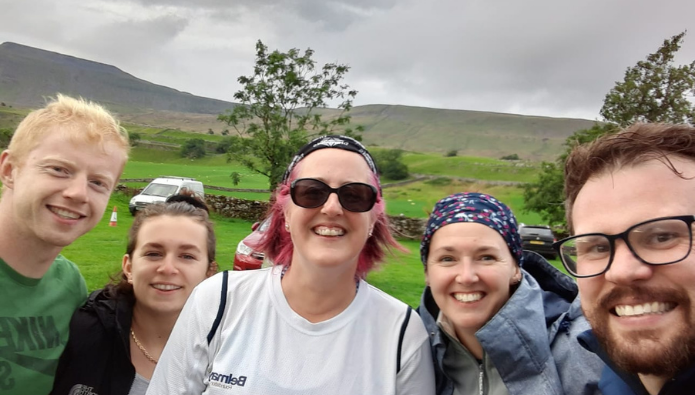 Setting off from Ingleborough at 6am, they then tackled Pen-y-ghent and Whernside in the Yorkshire Dales, totalling 5,200 feet of ascent.

All money raised from the challenge will be split equally between the Belmayne Foundation’s nominated charities for 2021, FareShare Yorkshire, Pathways of Chesterfield, Nenna Kind and Helen’s Trust.

Martin Birch said: “This is by far the hardest challenge we have undertaken yet for our charities! We had tears, blisters and mental blocks, but we worked as a team and pushed on through, stopping occasionally to enjoy the beautiful views. I would like to thank all of the clients, friends and family who sponsored us. Their support kept us going and I know the money we raised will be gratefully received by our nominated charities.”

The total walking distance is 23 miles, the total ascent is over 10,000 feet. Combine that with rain, fog and pitch-black darkness and we can see why it certainly was a challenge for the team.

GOTO are so proud to announce that Mark Bevan, Bonnie Larcombe, Emma Finch, Jack Yates and Tom Mawhood succeeded in completing all three peaks in aid of the amazing Bookmark Charity; an organization which gives children the reading skills and confidence they need for a fair chance in life. The team raised over £2,500 for the charity and hit their target whilst at the top of the final mountain, Snowdon. 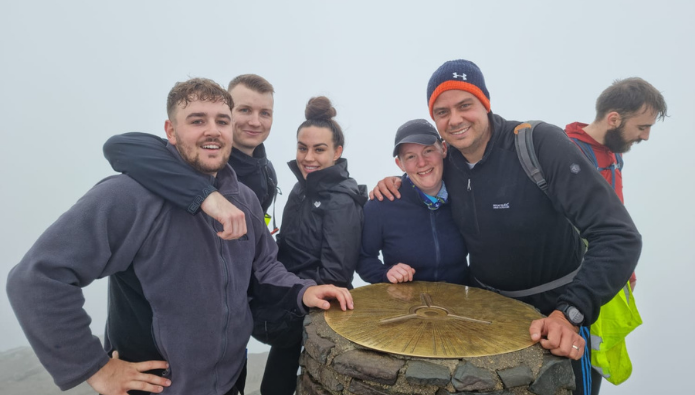 “It was an extremely tough challenge and a lot of travelling. I don’t think any training can really prepare you, but we worked with a positive mindset to get to the top. We knew how much people had donated to this fantastic charity. Failure wasn’t an option,” Mark Bevan said.

“We climbed Nevis in 5 hours, Scafell Pike in 4 hours and finally Snowdon in 5 hours. We had to contend with darkness, exhaustion and damp weather…But the troops rallied and we pulled together as a unit. I found it quite easy to climb the mountains but descending was a different story, I’ll always remember us walking backwards down the steep slope of Snowdon to relieve the pain!”

“GOTO thanks everyone who kindly donated, it means the world that we hit (and passed) our target…Now to the next challenge!”

Agents Giving: The industry’s charity, which is building up to its annual charity ball next Friday, has announced pre-bidding on the auction items that will take place at next week’s glitzy and long-awaited bash.

The Agents Giving Charity Ball, sponsored by HomeLet and Let Alliance and supported by Reapit and Foxtons, will take place on Friday 24th September at the Epsom Downs Racecourse in Surrey and will once again be celebrating the extraordinary fundraising efforts of our industry with The Agents Giving Fundraising Champions Awards.

The live charity auction will be run by Louise Moss and Lee Smith of SDL Auctions, but you can get your bid in ahead of the live event if you like the sound of any of these items.

Auction lots include a Palmersport track day driving a host of performance cars donated by David Newnes, lunch with TV personality and Agents Giving Patron Phil Spencer followed by an afternoon watching the filming of Location, Location, Location, a three night stay at a beautiful cottage in the Cotswolds donated by Fran Giltinan of Foxtons, and a Spirit of Gin Tour and Tasting for five people with Kristjan Byfield at the East London Liquor Company.

Other lots on offer include a Magical Harry Potter experience for you and seven friends at the Warner Bros. Studio Tour London, donated by SDL Auctions, two Club Wembley tickets for the FA Cup semi-finals (April 16-17 2022), donated by Northfields, and a pencil drawing of Amy Winehouse.

Successful bidders can also enjoy a Selfridges Personal Shopping Experience with £750 spending money donated by Holofy Spaces, or a chance for two candidates to spend three days behind the scenes at Foxton’s, shadowing top management and including a career mentoring session and lunch at the Allbright Club – ideal for anyone thinking about starting out in the estate agency world.

To see the full list and information on these prizes, click here. You can easily register your pre-bid by just clicking on this link, while the Fundraising Champions Awards Shortlist can be viewed here.

Tickets to the ball – which is set to be one of the largest in-person property events since the pandemic began - have already sold out.