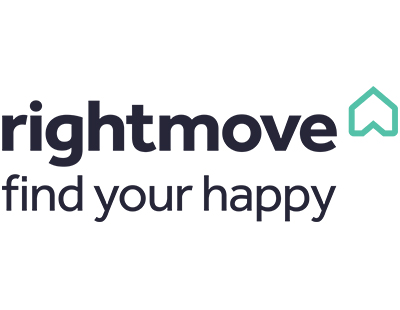 A bank which a year ago told investors to sell Rightmove shares has now changed its tune - radically.

In August 2020 Berenberg said that Rightmove had weathered the immediate storm of the early part of the pandemic but that it would be “very optimistic to assume everything will be fine from here”.

However, in a note sent to investors this week, Berenberg has a very different story to tell.

Shifting its recommendation from ‘sell’ to ‘hold’ and increasing Rightmove’s target price from 455p to 710p, it said: "We conclude that our previous thesis - that Rightmove would experience slowing top-line growth and margin pressure as it struggled to extract higher average revenue per advertiser from its estate agency customers - is unlikely to play out in the medium term.”

Citing the strength of the housing market and the likelihood that it would remain buoyant even after the end of the stamp duty holiday in late September, Berenberg continued: "The company has survived multiple challenges from start-up competitors, and undoubtedly agents would rather they were less dependent on the portal; however, that dependency remains high, and stiff competition between agents in a tight market means that they a) need to maintain their portal listings, and b) need Rightmove’s new products.”

Berenberg said that with an unlevered free cash flow yield of 3.4 per cent for 2021, Rightmove’s valuation looked reasonable.

It suggested Rightmove’s growth areas for the future are likely to be in rental-related income and consumer services.

Last week Rightmove revealed that in the first six months of 2021 its average revenue per advertiser - the amount agents pay - was up 63 per cent on last year to a record £1,163 per month. This was 11 per cent higher than the 2019 figure, well before the arrival of the pandemic which damaged last year’s market.

In addition, Rightmove’s revenue for the H1 2021 period grew 58 per cent year-on-year and more realistically was four per cent above the comparable period of 2019. Operating profit was six per cent up on 2019.

Bank says OnTheMarket has 'disrupted' but will be merely a blip ...

The Hamburg-based Berenberg Bank is the latest to send a briefing...

Analysts at German-owned bank Berenberg have done an analysis of visitor...

New blow for Purplebricks as another bank slashes share forecast ...

Another bank has slashed its forecast for Purplebricks, citing concerns over...

Purplebricks slammed by analyst who urges investors to pull out ...

An influential investment blog says the number of analysts and investors...