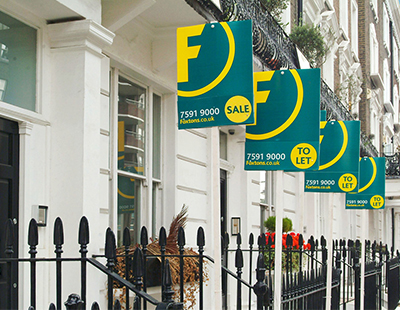 Controversial Foxtons chief executive Nic Budden is to pocket a bonus package of around £1m - despite a huge shareholder rebellion at the company's AGM.

The controversy centres on the bonus being issued to Budden while at the same time Foxtons has been taking millions of pounds in taxpayers’ money in the form of business rate exemptions and furlough funding; unlike several other agencies, it has shown no sign of returning the public money.

Whereas most motions at the AGM on Thursday received 95 to 99.9 per cent backing from shareholders, there were a small number of obvious exceptions.

A statement from the Foxtons board attempted to justify the bonus to Budden, and made no comment on the public funds.

It says: “It is clear that a significant proportion of shareholders did not agree with the decision to pay bonuses to Executives under the Bonus Banking Plan, on the basis that the company had benefited from Government support. This is notwithstanding that discretion had been exercised to reduce bonuses that would otherwise have been earned against agreed performance conditions by 50 per cent, a decision that was supported by the majority of voting shareholders.

Criticism of Budden amongst shareholders has in recent weeks been led by veteran agent Robin Paterson, now regarded of an 'activist shareholder' in Foxtons - as he was in Countrywide prior to the revolt that led to its purchase by Connells.

Paterson’s group, Catalist, issued a statement after the Foxtons AGM vote. It said: “Today’s vote must serve as a wake-up call for the board. Shareholders are alert to the culture of entitlement that has squandered the company’s many advantages, and confirms the need for incentives linked to new, objective and ambitious targets.

“That so large a proportion of shareholders chose to vote against the renumeration package and the re-election of both the REM committee chair and CEO, can’t be ignored. The Board must act.

“Foxtons has a strong brand and great potential but years of underperformance can and must be reversed.  We have identified to the board actionable steps that we believe would address this decline, and in doing so, the company’s leadership should rightly be rewarded, but for clear outperformance, not just riding the wave of a market recovery.

“We hope today’s vote will encourage the company to urgently engage with us and other shareholders to set Foxtons on a path to rejoining the FTSE250.”

The Financial Times is reporting that a shareholders’ rebellion may be...