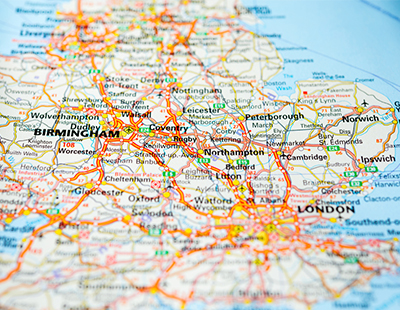 One year on from the UK’s first stay-at-home order, London has been overtaken as the most searched-for location on Rightmove, according to a study by the portal itself.

Rightmove has analysed millions of data points to find out how staying at home and staying local have affected where people want to live, where they are moving to, and the kind of homes they’re now looking for.

Cornwall has overtaken London as the most searched for location for buyers on Rightmove with over five million searches in February 2021 alone.

The lure of the countryside has in fact led to six of the top ten places seeing buyer searches increase the most over the past year being located in Cornwall and Devon, with searches for the village of Stithians in Cornwall up by a massive 224 per cent on this time last year.

When looking at the second half of 2020, annual sales agreed grew by 69 per cent in rural areas, compared to 49 per cent in urban areas as more people looked to escape to the country.

Looking by number of bedrooms, five bed detached homes have seen the biggest jump in sales being agreed, up by 38 per cent followed by four bed properties, up by 26 per cent.

This is also a likely result of the temporary stamp duty holiday savings being largest for more expensive homes.

There has been a shift in more people who currently live in a city enquiring about a property that is outside of that city.

The biggest shift has been in London where this time last year 39 per cent of Londoners were enquiring outside of London.  This has jumped up to over half now and the trend is the same across all 10 of the biggest cities in the UK.

Rightmove’s property data director Tim Bannister says: “The stand-out trends over the past year have been increased demand for countryside and coastal living, more people making the dream of a detached home a reality, and the increased appeal for a garden.

“The huge population of London means that traditionally it’s the most searched for location on Rightmove, but the appeal of the coast and the countryside over the past year has seen Cornwall crowned the new capital this year.

“More space has always been the most common reason for people moving home, but the evolution for many from balancing their laptop on the end of a bed last March to making an office a permanent addition to a home, whether that’s by converting a bedroom, garage or garden shed, has led to a need for even bigger homes than before.”

Agency urges help for poorest in its community during crisis ...

The John Bray agency based at Rock in Cornwall typically deals...

The consumer affairs correspondent of The Times has savaged High Street...