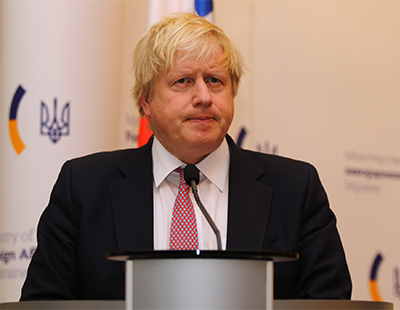 Prime Minister Boris Johnson has given a ringing endorsement to home ownership as a central part of the government’s levelling up agenda.

Giving his keynote speech at the Conservative Party conference, he said housing was part of a £640 billion infrastructure investment programme.

“There is no happiness like taking a set of keys and knowing the place is yours, and that you can paint the front door whatever colour you like” he said, having described it as a “scandal” that home ownership had been dropping in recent years.

The part of Johnson’s speech dedicated to homes was short on detail but he urged delegates to the conference in Manchester to look at Google Maps to see the amount of Britain that was not built upon.

However, he insisted more homes would not be constructed on Greenfield sites; instead he said there was a massive amount of brownfield potential where new homes could be located.

Johnson made no reference to the forthcoming White Paper on the private rental sector, but made it clear that the Tories’ priority was ownership and not renting. He said home ownership meant people were happier, worked harder and were more productive.

“Homes are the way we can improve our productivity” he told delegates.

"We will enable more and more young people to share the dream of home ownership" he said, adding that the left wing "privately share" that dream "but publicly disparage it”.

During the housing section of his speech, Johnson said his government would carry out programmes of tree-planting and re-wilding.

"Otters are returning to rivers from which they have been absent for decades, beavers that have not been seen on some rivers since Tudor times are now back. Build back beaver" Johnson said.

PM survives no-confidence vote - what does it mean for property industry? ...

The Prime Minister has tonight won a confidence vote in his...

Agents hate Stamp Duty - but what happens in other countries? ...

Housing Secretary Robert Jenrick - currently at the centre of a...