With most fund-raising involving organised runs, treks or mudders, we know how difficult it is right now to do great work - but we’re so delighted many agents are still trying.

If you are still fund-raising, please let us know on press@estateagenttoday.co.uk and we’ll tell the industry - just like we’re doing for these great examples this week…

St Michael’s Hospice: The staff of Pantera Property, a family-run national property valuations and disposals business based in North Yorkshire, have pulled out all the stops to raise money for Harrogate’s St Michael’s Hospice by running and cycling 250 miles.

This was after Coronavirus restrictions scuppered the original plans for a charity five-a-side football tournament.

Managing director Tom Snook (pictured) said the Pantera Property team, which includes his sisters, directors Hattie and Gabby Snook, were determined not to be beaten by the lockdown and to go ahead with their annual fundraising efforts for the hospice. 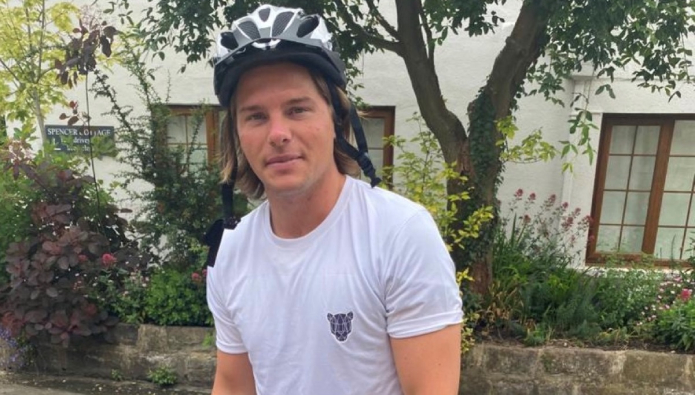 They have raised a total of £10,000 for St Michael’s Hospice since they began holding an annual charity football tournament in 2016.

“Every June we organise a football tournament in aid of St Michael’s, with our colleagues and people from other firms we work with all taking part” says Tom.

“We realised that wasn’t going to be on the cards this year so we decided that, rather than cancel the whole thing, which would have meant St Michael’s would missed out on much-needed funds, we would attempt a sponsored run and cycle ride instead.”

Across Pantera’s three offices in Harrogate, London and Chelmsford, the 10-strong team pulled together to run 50 miles and cycle 200 miles in relay on 12 June.

With a fundraising page set up on Just Giving, the colleagues have already raised £1,500 and are aiming to reach £2,500, with further donations still coming in.

Anglo-American Academy School, Essex: Estate agency Beresfords has made a £1,000 donation to Anglo-European School in Ingatestone to go towards buying new laptops.

Headteacher David Barrs says: “We have over 150 ‘disadvantaged’ students and more have been identified as disadvantaged because of the lack of access to computers and/or the internet.”

With the scheme, Anglo-European will only get a third of what is needed and they don’t know when this will be - Beresfords and parents have rallied round to help.

Agency chief executive Paul Beresford adds: “It’s great to be able to help such a worthy initiative. Education is vital, especially while children are at home. We have to ensure they are still able to thrive and access resources that are key to their development. When we found out the efforts the school and parents were going to, we were eager to help.”

Agents Do Charity - sleeping over and bowling overs… ...