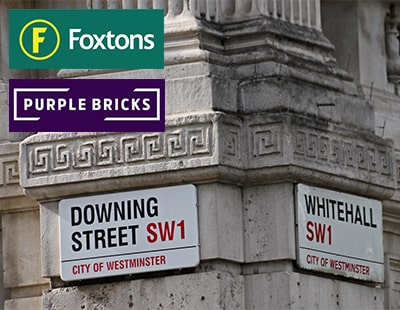 Now could be the time to buy shares in Purplebricks and Foxtons if one stock market pundit turns out to be correct - because Boris Johnson could make you a fortune.

Both Purplebricks' and Foxtons’ share prices have been famously low in recent times. The hybrid agency is scarcely above its original launch price of 100p having been five times that just two years ago; meanwhile London-focussed Foxtons is around 62p having been well over six times that value, back in 2014.

But now Boris Johnson’s pledge to slash stamp duty if he becomes Prime Minister - if he sticks to it - could be a saviour for both battered agencies according to American stock market analyst Tim Worstall.

Writing on the Seeking Alpha investment website he says the agencies would win “a huge boost” if Johnson became PM.

Worstall suggests that Johnson plans to drastically raise the threshold for paying stamp duty from its current level of £125,000 to £500,000 at the same time as lowering the top rate from 12 to seven per cent.

Super-prime property portal Vyoom has already suggested that such a move could reinvigorate the bruised high-end property market, especially in London, but now Forstall says the same will apply to more mainstream agents’ share prices.

“Both companies are going to benefit hugely from a market which contains more transactions. Their overheads in offices etc are reasonably set in stone, more transactions and thus more fees will feed through direct to that bottom line” he says.

“Foxtons is mainly London based and there's not much property there which is under that £500,000 level. But it will of course benefit from the lowering of the higher rates. Purplebricks is nationwide, the average value (median) of a UK property being around the £250,000 mark. Removing stamp duty from the majority of the market will clearly boost transactions to their benefit.”

He adds: “If Boris gets elected PM, if he then follows through on his promise - the first being highly likely, the second being still strongly so - then stamp duty will fall to nothing for the majority of the UK housing market.

“… Sure, their recovery is dependent upon Boris keeping his word which isn't a certain thing. But a very useful speculation would be to pick up some of one or both stocks and see the effects of stamp duty reform upon them.”

You can see the full analysis here.

Another day, another story about Foxtons. This time the protest is...