Home movers from the European Union have become less interested in moving to the UK, according to new research.

Analysis of over 100,000 international removals quotes by reallymoving.com shows a clear drop in EU movers looking to relocate to Britain since the UK voted to leave in June 2016.

Reallymoving also indicates a dip in the proportion of moves to the UK from other European countries not in the EU, down from 9% in June 2016 to 2% in March this year.

There was a brief spike in interest from EU movers looking to relocate to the UK immediately after the referendum, but reallymoving says this could be attributed to ex-pats looking to return home amid uncertainty around the Brexit vote.

Since September 2016, the trend for EU movers looking to move to the UK has plummeted and continued to fall.

"The Withdrawal Agreement, as it stands, would bring the free movement of people to an end, making it more difficult and expensive for EU workers to come to the UK," explains Rob Houghton, chief executive of reallymoving.

"This has clearly had a significant impact on the decisions people have made about where to settle over the last almost three years, dramatically reducing the flow of people from the continent into the UK."

"Uncertainty over our jobs market and the rights of EU workers in the UK, as well as British citizens in Europe, is encouraging EU residents to look for opportunities elsewhere, in countries where they can settle without the risk of upheaval in the near future," says Houghton.

Graph 1: Where are EU movers going? Proportion of moves from EU countries to UK/EU/Rest of World (reallymoving) 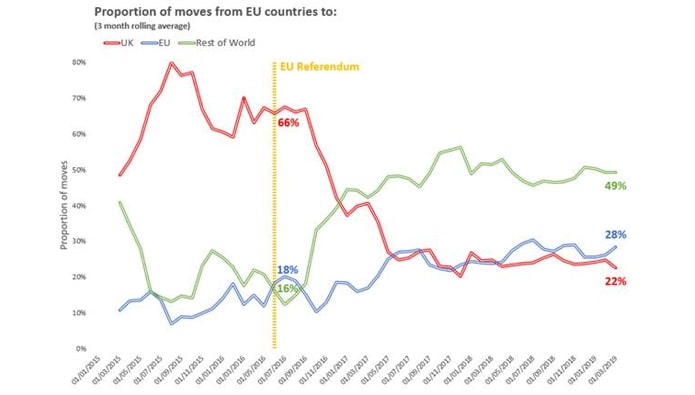 Graph 2:  Where are movers to the UK coming from? Proportion of moves to UK from EU/Non-EU European countries /Rest of World (reallymoving) 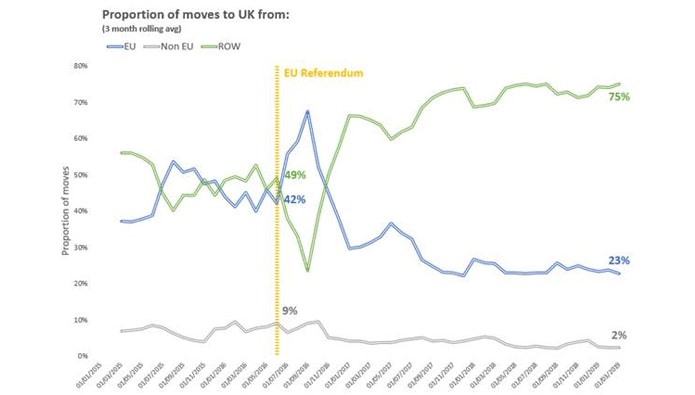 Removals firm says 13% have cancelled move because of Brexit ...

Huge rise in home-movers this year despite referendum jitters ...

A rush to beat next week’s stamp duty holiday deadline has...