It’s a new index but it tells an old story - how prime central London prices have dropped significantly since their peaks some years ago.

The new measure comes from buying agency Property Vision and it differs from the slew of other London indices by looking at price per square foot on actual sale prices.

It also stretches back to a 20 year archive of data.

PV says that in the past year flats have declined more in percentage terms than have houses - 8.4 per cent against 6.2 per cent.

But the multi-year drop in house prices is what worries PV most, and the agency describes the fall as “precipitous” and leading all those involved in the prime property market - “interior designers, removal companies and estate agents to name a few” - being depressed,

It says that compared with 2013 transactions of houses in the £5m to £10m bracket are 50 per cent down; in the over-£10m category, the transaction collapse has been 70 per cent.

You can see two graphs from the new index below: the vertical axis in each is £psf. 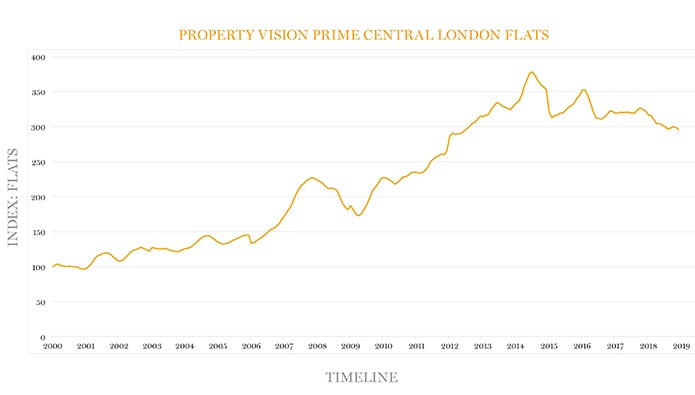 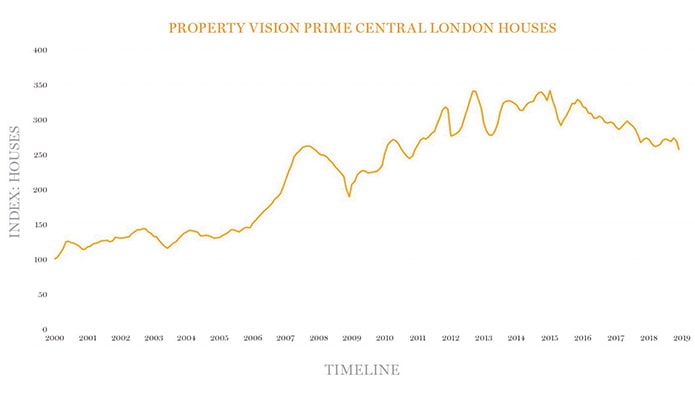 Prime Central London transactions down as much as 40% says agent ...

One of Britain's leading buying agencies say transactions at the very...