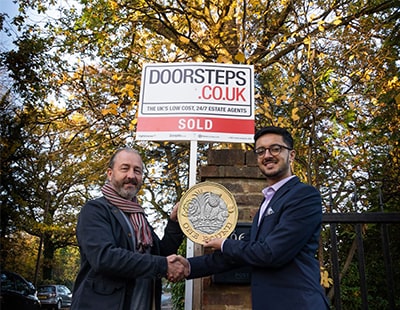 A slew of bad news stories about online estate agencies may have taken the lustre off the sector in recent weeks, but they have not prevented the youngest online entrepreneur making it into a Top 100 Power List.

Akshay Ruparella, 20, started Doorsteps online agency after persuading family members to lend him £7,000: now he appears at number 95 on a Power List compiled by London Post, an online news and advertising service.

Number 1 in the list is HM The Queen followed by London Mayor Sadiq Khan.

No other property industry figure features on the list which also includes Theresa May and Jeremy Corbyn, Speaker of the House of Commons John Bercow, anti-Brexit campaigner Gina Miller and leading Brexiteer Boris Johnson, plus many celebrities.

Ruparella (pictured top right) and Doorsteps appear to have ‘come through’ the adverse publicity for the online sector - so far at least - and he says the company is the third largest online operator and 10th largest overall.

Last year his latest crowdfunding pitch reached 220 per cent of its original target, but this was shortly before the collapse of Emoov under its original owners, and the troubles reported to be affecting House Network. It was also some time before the profits warning issued by Purplebricks and yesterday’s dramatic writedown of LSL’s stake in Yopa.

Doorsteps charges from £99 and according to an assessment by property consultancy The Advisory it took on 126 new listings for the period between February 7 and February 21, the latest data available.

One of the highest profile supporters of the online estate agency...

Online agent asked by top MP to reveal his "climb to the top" ...

The Secretary of State for Education has written to the head...

Online agency Doorsteps is slashing its flat fee to just £1...