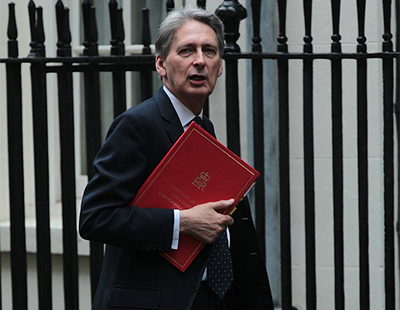 Overshadowed by the Brexit debate, the statement included a few minor announcements about house building.

These included a repeat of the autumn 2017 Budget pledge to provide at least £44 billion to raise housing supply to 300,000 a year over five years, another £3 billion for affordable homes, new planning guidance to widen numbers of property types on development sites, more housing in the Cambridge-to-Oxford corridor, plus reforms including allowing more change of use between premises and the upwards extension of existing buildings to create new homes.

There will also be a 'Future Homes Standard', mandating the end of fossil-fuel heating systems in all new houses from 2025.

The modest nature of the announcements, and the absence of any measure to address industry grievances such as stamp duty, prompted a number of agents to comment.

“[The] statement was predictably compiled of regurgitated rhetoric and slightly misleading claims where the property market is concerned” claims the director of Benham and Reeves, Marc von Grundherr.

“Of the 220,000 new homes delivered last year, around 10 per cent were, in fact, refurbs not new builds and we remain light years away from the government’s magic target of 300,000” he continues.

“Help to Buy is arguably the poisoned chalice that has seen prices continue to inflate due to the uplift in demand it has fuelled, while new stock delivery remains inadequate. This playing field may be re-levelled should we see the £3 billion affordable homes initiative bring the expected 30,000 additional homes - but as is often the case, these cash promises rarely provide a notable return” suggests von Grundherr.

Paul Smith of Haart is equally dismissive, calling the statement “a slap in the face for the property industry.”

He adds: “Yet another missed opportunity to create a housing market that works for us all. Brexit has overshadowed the parliamentary calendar for too long, and everything else has fallen to the bottom of ministers in-trays. With or without a deal there is life beyond Brexit, and it’s time government started turning our attention to other issues that the country faces.”

Jeremy Leaf, north London estate agent and a former RICS residential chairman, says his disappointment is that nothing was said of the private rental sector.

“The various measures compromising landlords’ finances introduced over the past few years have led to many, particularly accidental landlords, selling up - just at a time when people are renting for longer and buying their first home later” he says.

"The idea of introducing Capital Gains Tax relief for landlords selling to first-time buyers – first circulated ahead of the 2018 Budget – would have provided investors with a much-needed reprieve while further boosting the first-time buyer market" he says.

And Nick Leeming, chairman of Jackson-Stops, says the Chancellor could have reformed stamp duty as a pre-Brexit sweetener.

“Hammond’s pot of gold, which is set aside to assist with any upset caused by a no-deal Brexit, could have been put to far better use. But instead buyers and second homeowners alike are having to fork out thousands in unwarranted stamp duty costs.

“It is also disappointing to hear no further update in Hammond’s speech on the tax chargeable to holiday let owners. Not only are they subject to the three per cent stamp duty land tax rates but they must also pay council tax on their second home. They are running a business, which is benefitting their local economy and helping it thrive, so they shouldn’t be penalised for this.”

Cheffins’ joint managing partner Simon Gooderham adds that not revising stamp duty was a missed opportunity. “Until certain factions of the market are incentivised to move house, rather than penalised for it, the enormous swathe of second-steppers and family movers will remain locked in to their current properties, which will do nothing for Mr Hammond’s stamp duty bill moving forwards.”

Only Knight Frank’s residential research associate Patrick Gower appeared to see a significant upside to the pledges, saying: “The £3 billion allocated to the Affordable Homes Guarantees Programme will enable affordable housing providers to boost their output by reducing their cost of borrowing. The funding is welcome, because the government must look to a diverse range of housing providers if its ambitious target of 300,000 additional homes every year is to be met.”

One of the most influential select committees in parliament has told...

More homes, letting fees banned, but no change to stamp duty or buy to let tax ...

Phillip Hammond has delivered his first Autumn Statement, tackling amongst other...

Another Budget, another pledge of new house building: it appears from...