One thing’s clear in the ongoing mess surrounding Brexit - a lot of people are simply putting their head down and getting on with life, including moving house.

And agents, when not in their day job, are getting on with raising funds for good causes too, a fact that we’re happy to celebrate every Friday here on ADC.

Thanks to all those who emailed us on press@estateagenttoday.co.uk to explain what they’re up to - we’ve mentioned them below and we’ll promote your fund-raising too if you kindly follow suit and let us know. 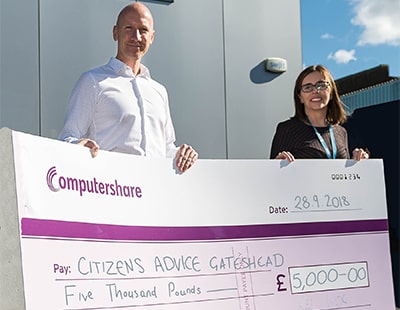 The donation will contribute to the Dig Deep 2018 fundraising appeal to help the charity to extend its debt service to North East families who have been destabilised financially by serious medical life challenges such as dementia or by significant events such as bereavement. Citizens Advice Gateshead says that families who have used the service have on average been able to improve their income by up to £5,000 a year.

Andrew Jones, chief executive officer of Computershare Loan Services, says: “Their important work has helped a great number of people in the North East ensure that their finances stay stable during challenging times.”

And Alison Dunn, chief executive of Citizens Advice Gateshead, adds: ”This donation will make a real difference to our ability to support people undergoing severe hardship linked to medical conditions.”

Computershare Loan Services donates up to £5,000 every quarter to good causes following its creation last year of a Charity Donations Fund, which aims to help prevent financial hardship and support those experiencing money issues.

Since the start of the year Audley Villages have been taking part in a series of events to fundraise for Brighter Futures to help raise funds for the Radiotherapy Appeal and the wider cancer improvements at Great Western Hospital.

It is a cause that is very close to the hearts of staff and owners across Audley Group following the diagnosis of Audley’s Care Director, Joanna Lander, who is currently receiving treatment at the centre for Acute Myeloid Leukaemia.

Events have taken place across all Audley Villages retirement schemes and included a country-wide bake off which saw budding bakers’ dust off their aprons, a 13-mile night trek through Leamington Spa and the sale of orange ribbon pins to raise awareness of Leukaemia.

Paul Morgan, the company’s managing director, says:“Audley has a long history of supporting brilliant charities, but this has become a cause even closer to our hearts. Our staff and owners have wholeheartedly thrown themselves into raising money for the Dove Ward and we are incredibly proud of each and every one of them. We want Jo to know she has our full support and we are doing all we can to support our fantastic Care Director.”

“We fund their monthly breakfast over the last year which provides breakfast three days a week to Portsmouth’s homeless. This month we have funded 156 breakfasts.

“We also sponsored a homeless gentleman and were able to get him into short term accommodation before finding a long term solution for him. Again this was done in conjunction with Helping Hands.”

Congratulations to Jamie and his team on great work there.

Churchill Retirement Living: This developer has raised £8,789 this year through its special Warming Morning events at locations all over the country, benefiting 44 different charities chosen by its owners.

During February and March the specialist retirement developer called on local communities to step in out of the cold and into the warmth of its Owners’ Lounges to enjoy hot drinks and indulgent snacks in return for a small donation to a local charity.

Betjeman Lodge in Ludlow achieved the biggest fundraising total with an impressive £540 towards the Midlands Air Ambulance charity. Churchill’s own charitable arm the Churchill Foundation will match-fund this amount, meaning the charity will receive a total of £1,080.

The Lodges with the highest fundraising totals across Churchill’s three other regions will also be matched by the Churchill Foundation, doubling the amount raised for their respective charities.

According to Spencer McCarthy, company chief executive: I’d like to say a big thank you to all our Owners, Colleagues, Lodge Managers and members of the public who took part in these events and helped make them such a success.”

Lancaster and District Homeless Action Service: Ten representatives of Fine & Country Ambleside, Windermere and Lancaster have slept out on the steps of Lancaster town hall to raise money for this charity. 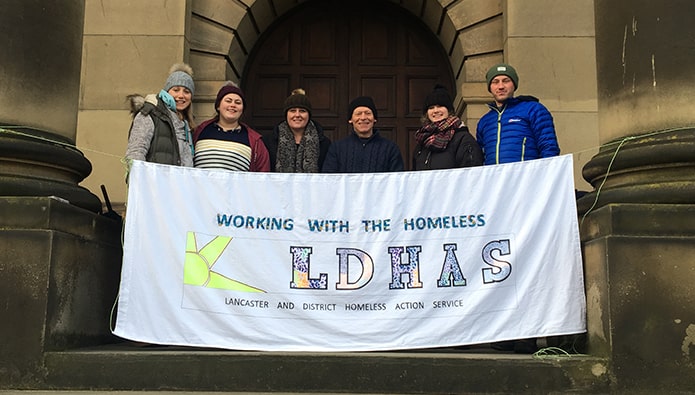 “We all woke up feeling humbled by the experience and grateful to be able to return home for a warm shower. It was never more poignant than when we packed up our belongings and left, realising that for too many people this is a situation they cannot leave” says one of the team, Bessie Hallam.

The Fine & Country Foundation works to support homeless charities like LDHAS; the Lancaster branch is also donating £10 per valuation.