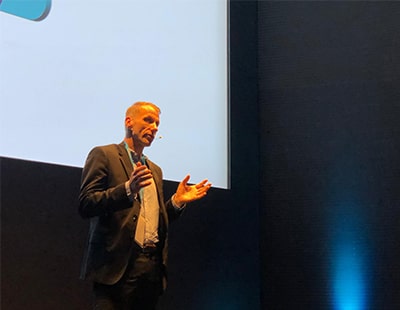 Reapit has launched a platform, cloud infrastructure and marketplace called Foundations which aims to provide “all the PropTech solutions” for agencies’ existing activities and future growth.

In front of 400 attendees in London - including a string of estate agencies, PropTech firms and portals Rightmove and Zoopla - senior Reapit figures said the new offering was in response to demands from agencies and IT developers to integrate with the company’s software, and to build upon the existing service with their own bespoke solutions.

Chief executive Gary Barker told the audience that Reapit was becoming the first property CRM to open its platform and customer base to third party development, but that this was not ‘PropTech just for the sake of it’ - instead it was solving problems that agents and other industry figures had themselves identified.

He said agents typically use 15 to 20 pieces of software meaning 15 to 20 individual logins: instead, he said he wanted 15 apps which would be easier to use and manage.

Central to the new service is the app marketplace which will see customers have tested and approved apps offered to them.

“All apps built into Foundations share an integrated, secure data and identity management model for advanced security and easy integration. Apps published on the App Marketplace will contain ready-to-use functionality, enterprise-grade reliability and meet full compliance. There will be zero maintenance costs for customers, and upgrades will be rolled out on an automated basis” said a statement from the firm.

There will also be a portal facility, allowing PropTech developers to build apps using their preferred tools, languages and frameworks, and publish them to the marketplace, thus giving access to Reapit’s customer base of over 40,000 users worldwide.

Barker said: “We're trying to empower more people with our technology” in such a way that it would ”take away the manual grunt work' for agents, as there’s now so much admin and it's only going to get more and more.”

Reapit has announced that its head of sales, the well-respected and...

Last week, the first of a new kind of industry event...