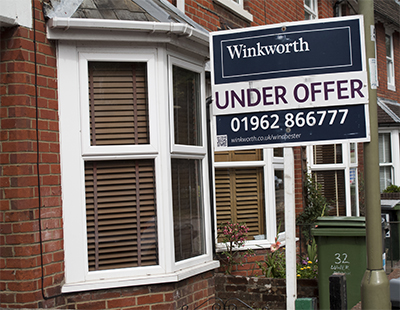 The number of new franchise applicants reported by Winkworth in the first half of the year rocketed 135 per cent - the highlight of broadly strong figures reported by the company to shareholders.

The agency describes its performance in the first half of 2018 as solid “despite uncertainty surrounding Brexit.”

Gross revenues of the franchised office network were one per cent down year-on-year at £21.3m but sales dropped a more substantial seven per cent to produce £10.8m revenue; however, this was roughly compensation by lettings and property management up six per cent at £10.3m.

Winkworth’s statement to shareholders says: “The local knowledge and experience of our franchisees has enabled them to adapt quickly to testing times and, as a result, we are pleased to see our metrics outperform peers of a similar geography. The strength of the network has also allowed us to continue to grow our new franchised offices in line with budget and we expect to open at least eight new franchises this year.”

The firm says it has continues “to attract talented operators looking to take control of their earnings through active participation in our network, and our New Franchising applicants have increased by 135 per cent from H1 2017.”

However, the agency warns yet again on the challenges of the London market.

“Prices in outer London have come off by some eight per cent over the last 12 months and around 12 per cent since negative reactions to the Brexit vote compounded stamp duty changes. In the country, prices have remained static, the market being more domestically focussed and less affected by stamp duty changes, as well as affordability ratios looking more attractive” says the statement.

“We continue to push the growth of the rentals and management side of our business through centralised services such as the corporate relocation and client services departments, increased training and compliance support, and the ongoing development and integration of the franchised networks’ database. Lettings now accounts for 29 per cent of group revenues … and combined with property management income, now represents 49 per cent of group revenues, up from 45 per cent in H1 2017.”

Franchise giant Winkworth says it has backed the start up of...

Winkworth says Covid and its aftermath will not derail plans to...

Winkworth, the agency which released its 2017 results this morning, says...