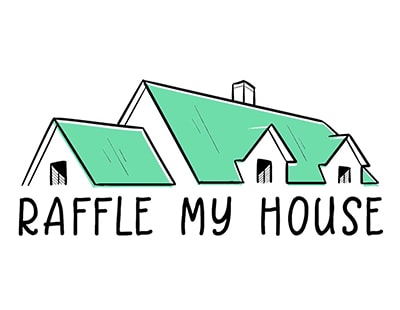 The brief but troubled history of individuals and companies attempting to raffle homes as prizes has received another blow as a firm says it is obliged to refund all its ticket purchasers because of what it calls “unforeseen circumstances.”

These are believed to concern its marketing strategy and its payment platforms.

Last November Estate Agent Today ran a story about Raffle My House, a company selling raffle tickets with a West Midlands bungalow - allegedly valued at £300,000 - as a prize.

The website was to be featured on Property TV, a television channel dedicated to property and the the winner was to be announced on air once the market value of the property is met, bringing the competition to an end.

At the time of its launch, Raffle My Property managing director Ricky Jutish said: "This was an idea born out of our knowledge of the UK property market combined with our ambition to do our bit to improve the UK housing problem."

Now the company has made a statement of a different kind saying it “is not in a position to conclude the competition for 119 Fallowfield Road in Halesowen. Refunds are available for everyone that entered our competition.”

On the website, ticket holders are told they need to register their details to get a refund - and are expected to give bank account details too.

“We appreciate that everybody entered the competition in good faith to win a house. We will be returning your money” it says.

The statement continues: “Unfortunately we did not reach our sales target due to Paypal & Stripe pulling out as payment gateways during our competition period. We had over 300,000 unique visitors to our website ... Full refunds are available due to us not being able to offer a cash prize because the ASA (Advertising Standards Authority) recently found a similar competition which gave away a cash prize breached the Cap Code Edition 12 8.2 & 8.15.1 (Promotional & Marketing).

The statement says Raffle My House is now talking with the authority and “this competition will be postponed until the ASA gives us approval on our promotional and marketing campaign.”

Previous issues with other attempts to raffle homes have often revolved around gambling legislation.

Some individuals raffling their homes have sometimes failed to include a ‘question of skill’ - instead they just had the chance of having a raffle entry number pulled out of the bag.

The Gambling Commission says non-skills raffles would be breaking the law.

Under the 2005 Gambling Act there are two possibilities open for the organisation of such an event as raffling a home.

Firstly a home-owner could run a raffle based purely on the luck-of-the-draw, providing he or she obtains a Gambling Commission licence. However, such events cannot be run for private gain and cannot offer a prize valued above £200,000 - thus ruling out almost all properties on the open market.

Secondly it is possible to hold a competition to dispose of a highly valuable prize such as a property but this needs to be convincingly “skills-based” rather than involve the random drawing of a ticket requiring nothing more than chance.

Even if the second criterion is fulfilled, a major obstacle for raffles to date has been selling enough tickets to provide a reasonable payback for the house that is disposed of.

That was the case with another company whose raffle competition we covered last year - WinAbode - which was offering a chance to win a £700,000 home in London.

“We managed to raise £120,000, not enough to trigger the sale unfortunately” a spokesperson for the company has told Estate Agent Today.

As the £1m-plus housing market continues to struggle in most parts...

The controversial raffle of a home reportedly purchased in 2014 under...