Hello and welcome to this week’s PJT, the place where you find all the key agency industry moves over recent days.

Please let us know what’s happening at your branch or company - just email us at press@estateagenttoday.co.uk and we’ll do the rest.

Let’s start in Scotland where Knight Frank has expanded its residential development and specialist sector division with the appointment of James Stewart-Lockhart.

James brings nine years of experience in the residential development sector and comes from Allsop LLP, where he worked on both residential and mixed-use developments across London and the surrounding regions.

In recent years, he has specialised in the sale and acquisition of permitted development opportunities and has represented a wide range of clients from institutions, funds, national house builders, property companies and individuals.

Still in Scotland, Cushman & Wakefield has appointed Stephanie Walker as a senior surveyor. She joins from Tim Hortons UK, where she assisted in the acquisition of property and land as part of the Canadian coffee chain’s expansion plans, focusing on Scotland.

Prior to that she worked for DM Hall and FG Burnett. Originally from Aberdeen she is an honours graduate from the University of Aberdeen in Real Estate and Economics.

Moving to London, and as we reported last week there’s a new job for Build To Rent guru Richard Berridge - @ResiRichard as he’s become well known on Twitter in recent years. 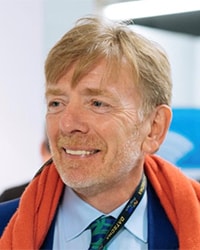 He‘s now working with estate agency My London Home to lead a team majoring on investments, land and new homes inside the M25.

Richard’s worked at Mann and Co and ran Keith Cardale Groves in Mayfair following its takeover by Kinleigh Folkard & Hayward. A decade ago he joined Residential Land as head of consultancy and in recent years has been an independent consultant.

“My London Home was one of the first successful hybrids, recognising how agency was changing and it continues to be at the forefront of innovation. The phrase ‘fit for purpose’ doesn’t imply everybody out there is doing a bad job, it simply reflects the fact that the residential investment industry is changing at lightning speed. Much of that is down to Build To Rent which is ripping up the rulebook and introducing the customer-focussed paradigms we are all familiar with in other industries” he says.

Not quite an industry move but certainly an event worth noting is the milestone of 30 years - that’s how long Howard Bettridge has worked at Hamptons International.

He’s now regional director for the South East region, having risen through the ranks after starting as a negotiator in the Guildford office in 1988.

Finally this week we swing over to the offices of Lendy, the peer-to-peer secured property platform - it’s just named Kieran O’Connor as chief financial officer.

Kieran joins from Cortin Capital Partners, a debt advisory and investment specialist, where he was managing partner. At Lendy Kieran will be responsible for the company’s funding operations, strategic alliances and financial controls.

Forget the south - Manchester is where capital appreciation is highest ...

A leading property consultancy has called out Manchester as the location...