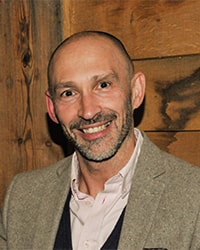 Evolve - which has offices in Hampshire and Edinburgh and supplies energy reports, photographs, floorplans and more to the industry - has been in touch to announce that Jason Bull has joined the company charged with leading and growing a national network of Local Property Professionals to work alongside agents.

He’ll be taking the lead in recruiting, training and supporting recruits. Jason entered the property industry in the 1980s and has worked in a wide variety of roles including a managing directorship.

“Along the way I have worked in areas as diverse as London and Cornwall, in my most recent role as area director for a large corporate I ran the Somerset, Devon and Cornwall area for five successful years but reached the point where I became frustrated by a ‘one size fits all’ approach” he says.

Up to Scotland now, and Kirkcaldy agency Amazing Results! has welcomed Katie Jenkins to the sales team. 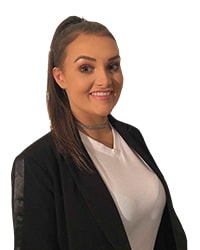 “I’m passionate about helping people and families find their place to call home. I want my clients to know I will be there every step of the way, finding the home that fits their lifestyle” Katie says.

“This furthers our foothold in Central Fife and reinforces out commitment to serving buyers and sellers” says agency founder Colin Jenkins.

National high-end agency Knight Frank has announced Bruce Tolmie-Thomson as the new regional chairman for the Central division from April 1 - he takes over from Atty Beor-Roberts, who will continue at Knight Frank in a consulting role but who will be retiring from the partnership after 33 years.

Bruce started his career at Knight Frank and has over two decades of experience in the industry, having worked in a variety of roles throughout his time at the firm, including within the international residential team and the London super prime team.

He’s a particular expert in the Cotswolds, which will be at the heart of his new responsibilities.

Bruce says: “Knight Frank has been working in the Cotswolds and neighbouring counties since 1908 and this experience, combined with our national and global reach, ensures that we are able to provide our clients with unrivalled advice and service. Along with the office heads and their expert teams, I very much look forward to continuing the excellent work that Atty has done across the region.”

Now on to Proptech, and software provider VTUK has appointed Simon Knightly, former head of development at Amazon UK,to create its UK strategy for the future.

His arrival is part of a raft of changes including Adam Rackham has been internally appointed as managing director with Peter Grant taking a position as chairman.

“VTUK has always had a strong reputation for superb client service but has also quietly led the way in technological innovation, with under the radar quietly disruptive products. Since being the first company to introduce a full business automation product back in 2003, which has now become a true virtual assistant and client portal technology back in 2006, that opened the door to online agency and enabled the rapid and dramatic changes we have remained focus on bringing advances through technology before anyone else” explains Peter.

Over now to an agency in Uckfield, Peter Oliver Homes, which has appointed Chris Lane to its sales team.

Chris joins from another agency in the area and told the Uckfield News: “I had been with another company, which follows a corporate line, for a long time. This is a growing business and I thought it was a great opportunity to work with people I know and trust, and potentially to have to opportunity to develop and follow a new career path.”

Finally this week it’s the news of a departure from Argent, the team behind the amazing regeneration at Kings Cross in London. 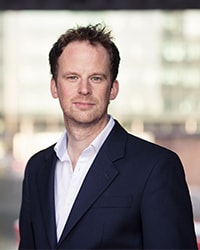 One of Argent’s partners, Richard Meier, leaves at Easter after 15 years with the firm. He played a significant role in delivering the vision for the regeneration and other projects.

He has also been chair of the Urban Land Institute UK Residential Council for the past four years, overseeing the second edition of the Build to Rent Best Practice Guide, and more recently, a UK-wide conference on Later Living.

That’s it for this week - please get in touch with your jobs news.

See you next time...

An estate agent who co-presented BBC programme Living in the Sun...

The new managing director of easyProperty claims the hybrid agency will...

easyProperty acquired by firm with backing of Stelios Haji-Ioannou ...

Online estate agency EasyProperty has been acquired by a firm with...