The rise and rise of £1m-plus homes continues apace with new research from Rightmove showing... 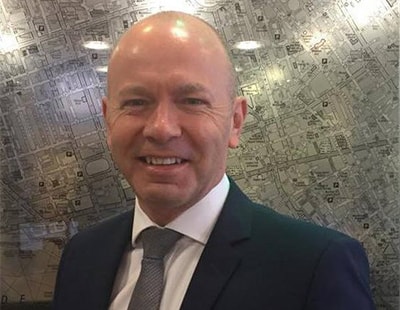 Former Countrywide director Iain McKenzie is the new chief executive of The Guild of Property Professionals.

He replaces Marcus Whewell who has been Guild CEO for nine years and is now Chief Financial Officer for parent company GPEA Ltd - which also comprises Fine & Country, PropertyLogic and PropertyPlatform.

McKenzie has 30 years’ agency experience as an independent estate agent, franchise director and most recently as a managing director at a large corporate. He was a member of both The Guild and Fine & Country when he ran an agency in Winchester.

“Having been a Guild & Fine and Country Member for 10 years and recently working in the corporate environment, I fully understand the new challenges independent agents face and how The Guild can be influential in overcoming them” he says.

Outgoing CEO Whewell says that he has seen The Guild grow into a network of nearly 800 members. “I am very proud of this achievement” he says.

GPEA Ltd - the parent company of the Guild of Property...

A high number of agents across the country have been furloughed...

The six-figure refurb of the office on London’s Park Lane occupied...

Fine & Country and The Guild of Property Professionals are refurbishing...