Charity knows no geographical boundaries and we’re always pleased to support fundraising across the country and beyond.

If you want to publicise your efforts, and your JustGiving or Facebook pages seeking support, drop us a line at press@estateagenttoday.co.uk - just as these agents did...

Breast Cancer Haven: Kinleigh Folkard & Hayward has raised over £2,700 in support of this national charity providing care and support to those affected by breast cancer. Earlier this week offices across the group wore pink, held raffles and secured the help of local businesses to raise money as part of Breast Cancer Awareness Month.

“We’re pleased to have raised over £2,700 and used our network to increase awareness across London of this valuable charity” says Lee Watts, KFH managing director.

The charity offers emotional support, help with symptom control and practical advice to anyone affected by breast cancer. It welcomes everyone - the recently diagnosed, those in treatment, or others who are seeking help to lead a healthy life after treatment. Services are free and there are no geographical restrictions or need for a doctor's referral.

Donations are still welcome on www.justgiving.com/KFHbreastcancerhaven

Kathryn, who set up her agency in April, received the award in recognition of her tireless commitment to raising money for a range of charities including Cancer Research and The Oasis Project, which builds schools in the Gambia.

But the charity closest to her heart is MIND, for which Kathryn braved a sky dive and the testing Three Peaks Challenge. 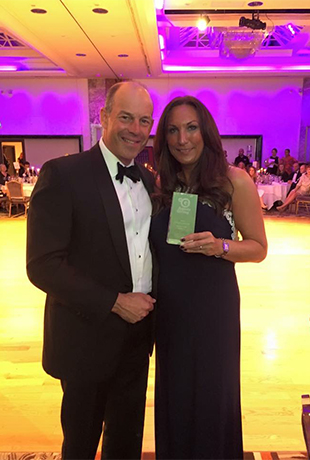 “The award carried deep personal meaning to me because this year is the 10th anniversary   of my brother’s death” says Kathryn, who was presented with the award by Just Giving   patron and TV star Phil Spencer.

“Ollie committed suicide in August 2006, aged just 27, after battling with depression and mental illness. Fund raising has been a lot of hard work and I’ve done some scary   challenges – some of which I definitely don’t want to repeat – but it’s all been worth it to raise money for charities like MIND. When I was presented with the award, I said to   myself, ‘This is for Ollie.’”

Martin House: Linley & Simpson has unveiled Martin House Children’s Hospice as its charity of the year – the second time the Boston Spa-based good cause has benefited.

And all 160-plus of its staff will be the very heart of the fund-raising campaign to help children across the county with life-limiting conditions and their families.

The agency raised £25,000 for the charity back in 2014 and is determined to do its best to surpass that target this year.

The new link-up was marked at a launch event at the hospice attended by the company’s newly-appointed brand ambassadors, representing each of its 11 branches across North and West Yorkshire, as well as its head office and its central maintenance, accounts and operations teams.

Part of their new roles will be to encourage staff involvement and maximise the fund-raising potential of a series of events, each designed to benefit the hospice as well as improve teambuilding.

Customers of the residential sales and letting specialists can also support the cause just by giving feedback. For every client who completes a customer satisfaction survey over the next 12 months, Linley & Simpson will donate £1 to the Martin House charity pot.

The year of fund-raising has already got off to a flying start after a staff raffle to win an extra week’s holiday swelled the coffers by £845 – the company rounding it up to £1,000.

Marie Curie: Mike Morris from Palmer Snell is taking part in a charity bike ride next year from Nicaragua to Costa Rica.

“Please give whatever you can spare to help this great charity, here for people living with any terminal illness, and their families. They offer expert care, guidance and support to help them get the most from the time they have left” says Mike.

Morley Victoria Primary School: The Morley branch of Manning Stainton has helped a local school put the finishing touches to a refurbishment project, installing a TV in its new reception area which acts as a focal point for pupils, teachers, parents and other visitors.

The company has previously funded the purchase of an automated external defibrillator and helped raise funds for the Friends and Parents Association at the annual Summer Fair as part of its Community Support Programme. 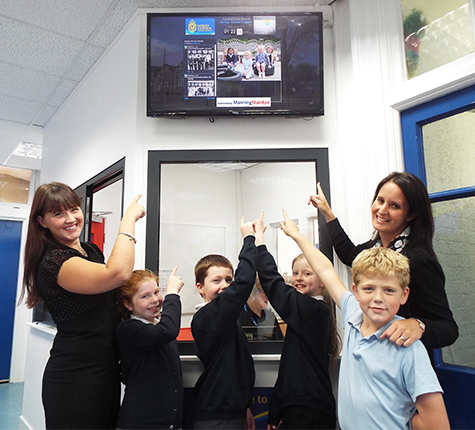 At least two branches of a Countrywide agency have been closed,...