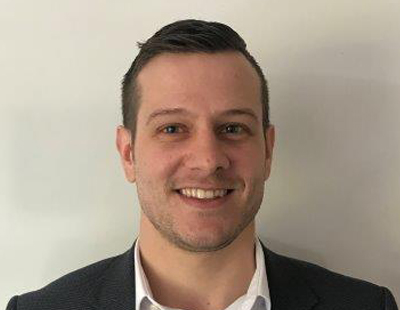 mio is an unrivalled sales progression and communication tool, the best of its kind. Why?  Because mio brings agents together in a collaborative way, with the help of various data feeds to create a community of agents and a full chain view.

For the first time ever, agents are able to work much more collaboratively, from ‘offer accepted’ right through to completion with the main focus on speed of transaction and reduction in avoidable fall throughs.

mio is free to start using, a no brainer, right?

mio is for sales and not lettings.  Finally sales progression is being brought into the modern digital world with mio!  It creates one single view of a chain using various data feeds, which all help to automate the sales progression journey.

With mio, agents are able to offer their home movers a clever little app that’s free to download. This allows the vendor and buyer to track the progress of their sale right from the comfort of their smart device.

mio uses real time notifications and instant messaging to keep the home movers up to date, which ultimately results in less phone calls and emails between parties therefore allowing agents to focus a little bit more on the ‘front end business’ booking valuations and listing properties!

Agents are now also able to offer their buyers a real service.  By giving their buyers the free app to track their progress agents are able to show just how much they care for their needs as well as the vendors’. This helps to create a lasting impression with buyers, who will inevitably one day become our future home movers. As an agent you are giving them something to remember you by when they next come to sell!

The sales progression process is therefore as automated and accurate as possible, which allows the agent to focus on winning more business rather than spending hours upon hours on sales progression.

Agents are constantly exploring different ways to win more business. In an ever-competitive marketplace, the need to differentiate your services from another is becoming more and more challenging.  mio provides a genuine differentiator for agents, a real tool for your belt to go out and win more business.

Show the customer that as their agent, whilst you care about their glossy brochure and getting them that offer, you also take the progression of their sale very seriously too -  and that’s where the adoption of mio comes in.

What is your greatest achievement in your current role and what made it so special?

I’ve always had a genuine passion for sales progression.  In my estate agency days, I showed a real interest in the legal process to get as much of an understanding of it as possible.

When I met with one of our larger estate agency brands, there was a junior negotiator who was new to the role and very much struggling with the sales progression process. They commented that mio has been a game changer for them! The simple way that the milestones are outlined has allowed them to see each stage of the process clearly and understand it much better.

Seeing mio making a real difference to businesses and their processes is my greatest achievement, each and every time!

What is the most satisfying part of your job?

Having worked as an estate agent for the majority of my working life within corporate, independent, online and ‘hybrids’ I’ve seen it all, so I fully understand the frustrations that come with the role, particularly in sales progression.

As their mio account manager, I find it very satisfying being able to alleviate some of these frustrations.

What do you see as the biggest challenge facing estate and letting agents at the moment?

I think it will be really interesting to see what potential future agent regulations might do to the market.

The challenge of dropping fees and the need to differentiate your business from others whilst also justifying a potentially higher price also still very much exists.

Most of the grumbles I hear from agents now however tend to be around slower transaction times which data shows is actually slowing down quarter by quarter.

What is your property prediction for the remainder of 2019?

I predict that the agents who embrace new technologies to finally provide the UK home movers with what they really want will thrive.

It's not about replacing human interaction with tech, it's about combining the two effectively to provide the very best service possible.

If you are an agent who is passionate about customer service and embracing the new technologies that are available, 1. You will flourish and 2. mio would be perfect for you.

Country House - although having both would be cool.

Traditional English garden (I don’t like gardening though, so you’d need to throw a gardener in for free!)

Would you rather be a free-moving tenant or settled owner occupier?

What is your favourite room in your home?

It was my kitchen diner until my daughter came along and single handedly trashed the place.  Now you’ll often find me cowering in any cupboard or hole trying to get some peace and quiet!

I can honestly say I’ve never watched either.  I’m not much of a television person!

Who are you? Jed Topping, Business Development Executive for Virgin Media How can sales and...