What Will the Election Result Mean For the Housing Market? 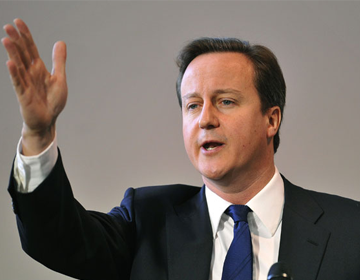 Now that the General Election results have been counted and verified, and now that a new parliament has been sworn in, we can begin to turn our attention towards what might be in store for the housing market over the next five years.

Although largely unexpected, it appears as though a majority Conservative Government may be good for the housing market, ending any uncertainty that a coalition might have brought. With a Coalition Government, compromises are often made over housing policy pledges in manifestos, whereas with a majority government, we would expect that pledges would be followed through, giving us clarity on what will happen over the upcoming five years. Here we have a look at what the results might mean for the housing market.

In the lead up to the election, House Network commissioned a survey on the thoughts of the general public on the housing market in general as well as what the next five years might have in store.

It showed that the vast majority of the public felt as though housing would be one of the largest issues at the General Election, and that many people thought housing policies may shape their vote.

What Should We Expect?

Due to having a parliamentary majority, it appears likely that we will soon see the Conservative Party’s flagship housing policies come into fruition. Indeed, we’ve already seen substantial mentions about the implementation of right-to-buy.

Elsewhere, within the rest of the manifesto, House Network’s survey revealed that there was substantial support for other Conservative Party policies such as the help-to-Buy ISA, which is due to begin this autumn as well as the idea of introducing more brownfield land for development, meaning it is likely that these will be put through parliament shortly.

The Conservative Party manifesto reveals a number of other housing policies, including the creation of garden cities, although these haven’t proved as popular among the public, so it remains to be seen whether these come to fruition over the course of the next five years.

One thing that we can be certain of, however, is that in spite of their overwhelming popularity with Labour voters, we will not see the introduction of the ‘mansion tax’, the repealing of the ‘bedroom tax’ or the promise to build 200,000 new homes by 2020.