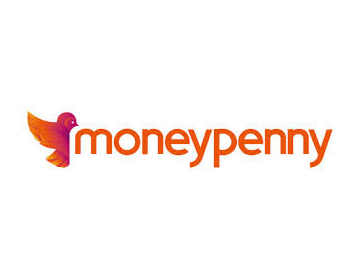 As the nation finally gets to cast its vote at the polling booths, telephone answering specialist, Moneypenny has reported a dramatic 41% fall in valuation calls among its high-end London postcode agents during April.

In a like-for-like comparison of its London-based estate agent clients in the SW, W and NW postcodes – looking at call data during the month of April this year as compared to figures for the same agents in April 2014 – figures show a slowing of the market all round with market appraisal calls down 41.38%, viewing calls down 12.35% and overall call volume down by 8.36%.

At the highest end of the spectrum, some agents had experienced a downturn in valuation enquiries in excess of 60% with one agent recording a 66.67% shift. A comparative figure of 45.45% represented the largest single-agent reduction in viewing call figures.

The wider picture for agents across the whole of Greater London shows total call numbers for the month down by 14.63%, viewings down by 19.49% and valuations down by 19.47%.

The findings come amid increasing industry reports of the property market suffering a temporary ‘paralysis’ by election jitters with a `worrying’ house bubble created by the uncertainty surrounding proposals for mansion tax and stamp duty.

Joanna Swash, Commercial Director for Moneypenny, said: “These are anxious times in the industry, which we are seeing reflected in activity for agents at our end, not just in relation to high value properties, but across the broader spectrum in the UK too. As the country waits to see what happens next we know that agents are facing uncertainty and we stress our commitment to supporting them at every turn going forward. Interestingly, in parallel with the decline in call volumes, we are actually seeing an increase in client numbers, suggesting that differentiation and customer service are high on the agenda in this highly-charged current market.”

Peter Knight, Managing Director of the Property Academy, added: "Every day we are seeing statistics and data that either talk the market up or down which makes for a very confusing picture. Amongst this though, the Moneypenny results are really worth taking note of because they measure the most important behaviour of the truly active home movers: telephone enquiries. Agents should pay attention to these findings, they have considerable implications for pipelines in 2-3 months’ time."

Moneypenny’s property receptionists answer around 1.2 million telephone calls a year for more than 850 estate and letting agents large and small, across the UK.