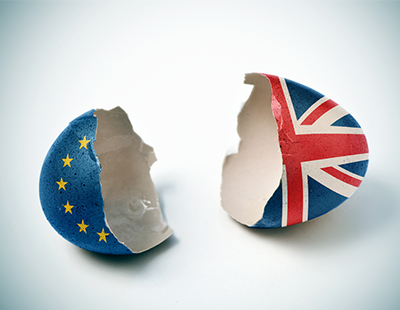 Plans for the Northern Powerhouse scheme, designed to rival London and the South East as the main driver of economic growth in the country, by pooling the strengths of the cities and towns of the north as one cohesive unit, could be in jeopardy following recent economic and politic events, including the UK’s decision to leave the EU.

The government led by Prime Minister David Cameron and George Osborne had been busy trying to rebalance the UK economy away from the capital by selling the Northern Powerhouse concept to the United States in a bid to attract investment from across the Atlantic, while initial Chinese backing for the project already appeared secured.

The concept seemed like a good idea. In many countries, other major cities outside a country’s capital have healthy economies and compete well. In England, according to IPPR North, seven out of eight ‘core cities’ outside London have GDP per capita below the national average.

Speaking after the Chinese President Xi Jinping spent the final days of his state visit to the UK last year in Manchester, Cameron told the press: “You can really see the Northern Powerhouse gathering strength and it’s now got Chinese backing too.”

Manchester & Cheshire Construction is one  of many UK developers that have formed  alliances with Chinese developers, having  teamed up with Jinstar to launch the Anglo-  Chinese Alliance with a view to building  55,000 homes in the north by 2027.

Jinstar’s director of international cooperation,  Steve Yang, who was part of the Chinese trade mission that took place last year to coincide with Jinping’s visit to the UK, believed at the time that it was “a golden time for China-UK relations”.

He commented, “We are keen to grasp this precious opportunity to enter the UK market, especially since both Prime Minister David Cameron and Chancellor George Osborne promoted the Northern Powerhouse to us.”

But there is a catch. Cameron has since resigned as Prime Minister following the Brexit result, while George Osborne, the Chancellor and the man behind the Northern Powerhouse idea, has been sacked.

Osborne spent much of his last Budget in March building on Northern Powerhouse ambitions, pledging millions of pounds to improving the transport system, including the development of an improved east-west rail link named Northern Powerhouse Rail, which would aim to reduce journey times from 50 minutes to about 30 minutes between Leeds and Manchester.

The then-Chancellor also promised £75m to develop plans for an 18-mile road tunnel under the Peak District to speed up journey times between Manchester and London.

The thinking behind this strategy was that improving transport links between the major cities and towns in the North East, North West and Yorkshire and the Humber, would enable them to compete together as one major economy, rather than competing against one another.

But Budget small-print revealed that construction on both projects would not start before 2020, and that the money had only been put forward to draw up the plans rather than as a commitment to building either of the projects.

Just days before the EU vote, Osborne warned that a vote to leave the EU would put his Northern Powerhouse project in jeopardy.

Speaking at the opening of the International Festival of Business in Liverpool, he told delegates that the north’s economy would suffer if there was a vote for Brexit, going as far as saying that “the Northern Powerhouse is on the ballot paper”.

He claimed that foreign investment in the region had grown by 127% in two years, and that the government was on course to create more than 120,000 new jobs in the north of England in the next few years.

“But I have to tell you, as Chancellor for the last six years, if we vote to quit the EU then that will be at risk,” he added. “The investment won’t come here, the trade won’t be as much and the new analysis shows that 120,000 jobs in the north of England will be at risk if we quit the EU.”

So will Brexit now derail the Northern Powerhouse?

He said: “Our stakeholders will continue to contribute to the process of building a stronger, more productive and stable northern economy.

“The challenges of growth post-Brexit will require innovation and new forms of collaboration which can create new opportunities for all. We expect to play our part in shaping that agenda.”

The fact that Northern Powerhouse concept has already attracted a lot of investment, particularly from China, has already helped to push up property prices and rental values across many areas in the north, led by Manchester, and the initiative would almost certainly support further growth across the region.

“While the initial shock [from the EU vote] might be hard to swallow for some, the reality is that Manchester’s economy has never been stronger – and will only continue to grow,” said Ged McPartlin, sales director at Manchester-based sales and lettings agency Ascend Properties.

“The level of internal investment pouring into the city has reached many millions of pounds, spanning new homes, commercial ventures, offices and infrastructure. Manchester will also be seeing investment from China which will be going into Airport City, testament to the strength of the Northern Powerhouse. We are confident for the future,” he added.

Graham Davidson, managing director of Manchester-based Sequre Property Investment, is also among those feeling more optimistic now that the EU referendum is over.

He believes that the decision to leave is “truly a once-in-a-lifetime decision” and should now be embraced.

Davidson commented: “The UK economy is going from strength to strength and the people of the UK have decided that now is the time for us to break away from the rest of Europe and gain back more control on our own future. Our economy continues to develop, particularly outside of London in light of the Northern Powerhouse agenda which is key to growth.

“Investment in Manchester over the past 12 months, for example, has been unprecedented and [in June] it was announced that MediaCityUK is set to double in size, with investment from UK companies creating thousands of new homes and job opportunities – a show of confidence in what we can achieve on our own.

“It’s safe to say The Northern Powerhouse agenda is well underway, and the referendum results being announced in Manchester’s town hall was testament to this.”

Investor demand for property up north remains strong, and is likely to increase further, according to Davidson.

“The reasons for investing in UK property won’t change, with returns still outperforming all other forms of investment,” he added. “Our own business is testament to this – enquiry levels have not declined despite what much of the media has portrayed; people understand that property investment can be highly rewarding, whether you are topping up your pension, saving for your children’s future or looking for additional regular income.”

The vote to leave the EU has set the stage for a protracted breakup and prolonged political and economic uncertainty. But the good news is that Whitehall’s plan to create a Northern Powerhouse remains a “key government priority”, ministers confirmed this week.

What’s more, Barclays has now been named as a Northern Powerhouse partner, and will work to support businesses across the area. 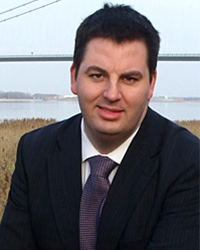 Percy, a ‘proud northerner’, has already taken steps to  further devolve power from Westminster by signing off  plans to create an elected mayor for the Sheffield city  region, adding to a series of government devolution deals  that have already been agreed with cities in the region,  including Greater Manchester, Liverpool, and the North East  and Tees  Valley.

The MP is now urging all companies across the Northern Powerhouse to consider what they can do to promote the north of England as a place where businesses can thrive and grow.

The latest UK Cities House Price Index by Hometrack illustrates just why the Northern Powerhouse initiate is so appealing to many estate agents in northern cities like Manchester. The average property price in the city has increased by 9% throughout the past year and shows no imminent sign of slowing down, according to Jonathan Stephens, managing director of property consultancy Surrenden Invest.

“Manchester has been experiencing a period of stable growth for some time now and I do not see this changing post-Brexit,” he said. 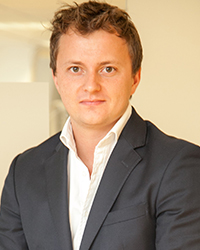 Stephens (pictured) added: “The city continues to provide savvy investors with exciting opportunities in prime locations with evidence suggesting that the cities of the north are providing better returns and faster growth than London.”

With an exciting, prosperous future ahead, more property investors with an eye for buying now for the future are expected to take a huge interest in northern cities, as illustrated by Chinese manufacturing firm Sichuan Guodong’s vote of confidence in Sheffield last week, when it pledged to invest £1bn in the city, including £220m by 2019, with a view to primarily building a number of much needed new homes in the city centre.

But while investors and politicians continue to map out investments strategies for the future of the region, many shrewd agents will undoubtedly be positioning themselves in the hope of attracting a significant share of greater investment in both the sales and rental markets, fuelled in part by the Northern Powerhouse concept if indeed it does fulfil its enormous potential.

The property market in northern England, supported in part by the...