Property Natter - what will agent offices look like post-lockdown?

There has been much speculation about when agents will be allowed back to work, and... 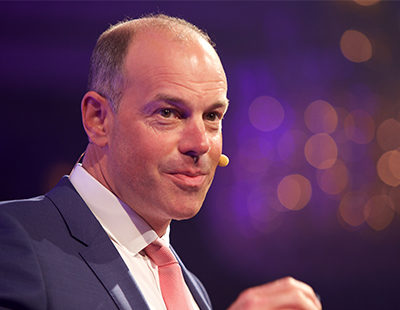 Winners’ reactions and views from a fantastic day of celebration!

The Kings Group scooped the gold award for Best Estate Agent in the UK for its Church Langley office at the highly regarded ESTAS 2016.

It was the second time in four years that the estate agency group had won the ultimate industry prize for individual office, after the firm’s Harlow office won the accolade in 2013.

In total, the Kings Group, which is currently celebrating its 25th anniversary, won no fewer than 13 awards, including eight gold trophies, at the glittering ceremony, often referred to as the ‘Oscars of the residential agency sector’, at London’s Grosvenor House hotel on Friday 15th April, which was attended by 900 of the UK’s leading residential agents and service industry suppliers.

Karl Knipe, partner of the Kings Group, commented, “We are very proud that our Church Langley branch (pictured) was voted best estate agency office in the country, especially as we beat some very big players.

“Our overall success reflects our winning culture. We try and teach all our members of staff good habits so that they go the extra mile to ensure that we offer our clients a good customer experience.” 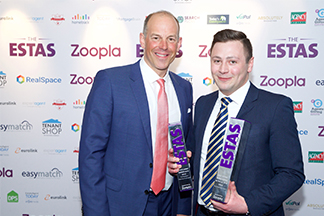 The ESTAS, celebrating their 13th year, determine the best estate and letting agents in the UK through research carried out amongst clients who are asked a series of questions about the service they have received.

This year no fewer than 30,000 questionnaires were completed by customers during the competition – a record high.

“For many customers moving home is one of the most stressful experiences of their lives. So it’s our job as agents, mortgage brokers, conveyancers or developers to help make the journey as smooth as possible. It only takes one bad apple to reflect badly on the others so it’s crucial everyone provides the high quality service the customer expects and deserves,” said TV property celebrity and host of the awards Phil Spencer.

Property companies and professionals, across various categories, were rewarded for outstanding achievements within the property sector, but the night ultimately belonged to all the winners, especially those awarded gold.

Simon Brown (below), founder of The ESTAS, said, “Just taking part shows a firm’s commitment to their customers so to be shortlisted is a great achievement in itself and for the winners this is the highest accolade they can receive in the industry.” 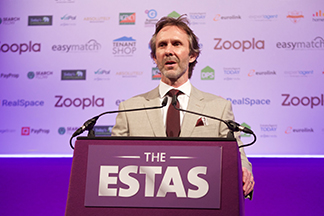 “The ESTAS are hugely important to us as a business as it’s our customers involved in buying or selling process who vote,” said Steve Dourish, sales director, Butters John Bee. “It’s really important for us to be able to gauge the response of our clients on the service they receive from Butters John Bee, and the ESTAS provides this.”

Steve added that his firm are also really proud to have won the Silver award for the Best Regional Estate Agency Group in the UK, together with Silver for John Bee Congleton in the North West (Cheshire) category.

He continued, “The individual branch awards are testament to the hard work and dedication that our sales teams aim to deliver to our customers each and every time, which was also individually recognised with Matt Bass, our negotiator, being one of six estate agents from across the country receiving a People Award.

Norwich-based Reality scooped Gold for Best Estate Agent in the East of England category, beating off competition from seven other shortlisted agents in the region, after the firm scored an average consumer feedback rating of 97.18%.

Affectionately nicknamed by her clients as the ‘Kirstie Allsopp of Norwich’, founder of Reality, Lucy Carne (pictured), said, “We are absolutely thrilled. We pride ourselves on providing the highest level of customer service and after sales care and so to be recognised for all our hard work has been such a rewarding experience for the entire team here at Reality.” 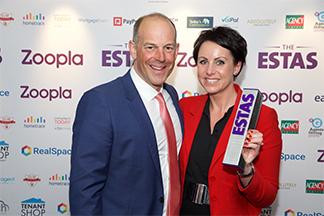 It was a double celebration for Reality in April which is also celebrating seven years in business. Using the money from the sale of her home, Lucy took a leap of faith and made a bold and brave move to launch what is today known as Reality. By establishing the business, at the time, Lucy was also able to offer employment to some of her then unemployed colleagues, who still work for the business today.

Lucy added, “Seven years on, we’ve grown from strength to strength, encompassing traditional values and a high level of customer care, this approach has offered reassurance to hundreds of local buyers and sellers during the peak of the recession and still to this day. It helps that we’re an independent estate agency and therefore able to adapt with the current demands and trends. We’d like to thank all of our customers who took the time to vote for us – we deeply appreciate all the praise and plaudits we’ve received.”

Tracy Smith (below), director at Homes Partnership, said that she was thrilled that her firm won Gold for Best Estate Agent in the Surrey & Sussex category, especially as it was the first time Homes Partnership had entered the ESTAS.

“To win Gold in our first year of entering is overwhelming, this is such a special award because our clients took time to vote for us and it proves all our hard work is worth it,” she said.

“It’s fair to say that we are ESTA’tic!” 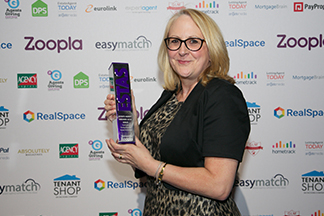 This was the second time Patrick Henry (pictured), managing director, Patrick Henry estate agents, Gold winner in the London South West category, had attended the ESTAS and he could not believe how many people were present. 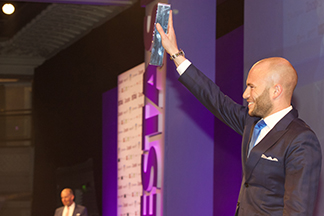 “The ESTAS this time around dwarfed last year’s event,” he said. “I am in shock it is the only property awards based on customer feedback. To me there is no better gauge to mark your success than what you clients say and think about the service that you provide them with.”

He added, “To walk away with two awards [they also won Silver for Best Letting Agent in South West London as voted for by tenants] even though the competition had almost doubled will help to cement our credibility in the area which we work. And if history repeats, this success will lead to an increase in new enquiries and ultimately new business.”

Icing on the cake

Tim Martin and Company, which is in their 30th anniversary year, also beat off stiff competition to win the Northern Ireland category.

“We are delighted to have been voted best in Northern Ireland by our clients and we want to say a sincere thanks to them,” said Tim Martin, founder and owner. “We work hard to deliver excellent customer service for all our clients, whether buying, selling or letting, and we are pleased that it has paid off. We are over the moon that this has happened in our 30th anniversary year – it is the icing on the birthday cake!”

After Gowland White Teesside (below) won Gold for Best Estate Agent in the North East, Jodene Schofield, the office manager, asked her members of staff to sum up in one word how they felt on Friday at the moment their firm’s name was announced by TV property celebrity and host of the awards, Phil Spencer, as the winner. “Elated”, “overwhelmed”, “surreal”, were among the responses she received. 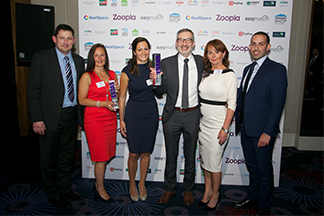 Jodene added, “I would say all of the above but would also add that I still feel numb from the whole experience and in awe of the grandness of the whole event – it feels like we have just attended the Oscars.”

You can see the full list of winners in the Estate Agents category here.

The ESTAS ‚Äì the people‚Äôs choice ...

The best estate and letting agents in the UK were recognised...

The ESTAS ‚Äì the UK‚Äôs best letting agents have their say ...

Would you ‚Äòlet‚Äô a property go under the hammer? ...

The popularity of property auctions in the UK has increased enormously...