By Glenn Ackroyd
< Back 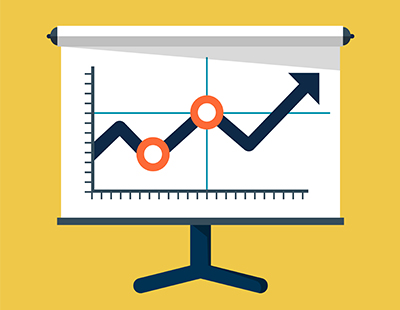 Do you remember Martha Lane-Fox? She was the poster girl for lastminute.com and an icon of the dot.com bubble that ended in tears for many start-ups.

The year was 1998 and back then there was lots of hype about the internet ‘disrupting the market’.

There was no mention of profit; in those days it was all about the number of ‘hits’. Sound familiar?

Today we have the online estate agency boom. As for profit, again, we don’t hear the ‘P’ word, but the online exponents are happy to talk about the number of ‘listings’ or making comparisons to Amazon.

Traditional high street agents are naturally worried. Stock levels are low and commissions are being eroded.

A report out this week from Begbies Insolvency specialists says over 50,000 property businesses are in financial distress. So how will it pan out?

Watching the battle unfold between the old and new world is more than a passing interest for us.

Back in 2013 we decided to scale our model and planned to create a low cost online agency.

We thought that a hi-tech solution, allowing customers to have an eBay style do-it-yourself service was the way forward, very much along the lines of the various flavours of online agents that we have today.

But we did an about turn for two very important reasons:

1. A Property Academy survey found that 52% of consumers chose their estate agent based upon them being a local person that they could trust

2. The same survey showed that only 3% chose an agent based on the cheapest price

If your only point of difference is price, you’re very vulnerable as a business. That’s because there’s always someone willing to do it cheaper than you.

So we went for a ‘hybrid’ solution. When we launched, the ‘hybrid’ label hadn’t been coined. Most in the industry called us a host of different other things!

Our model was based on having a local person on the ground, in our case, franchise partners. We’d have a central administration centre for calls in addition to providing all the back office support as well as keeping costs to a minimum.

We made the decision to charge the same commission fees as traditional agents. For us our point of difference would be our customer service. That’s how all service sector businesses should win or lose their battle for customers.

So it’s been interesting to follow the journeys of the various online players to see whether or not we’ve made the right decision.

We’ve looked closely at Tepilo, easyProperty, eMoov, Hatched, HouseSimple and Purplebricks and I may be wrong, but I can’t find any evidence of profit. Quite the contrary, we’ve read some eye watering losses.

Their arrival has certainly caused the industry old guard to panic.

Countrywide has announced it’s at an advanced stage to deliver its own online project. Connells bought Hatched and we’ve had industry PLC approaches to see if we’re interested in selling.

So are online agents the future, or are the PLC’s edging their bets to satisfy nervous shareholders?

We’re inclined to believe the latter and here’s why.

Online agents competing on price will struggle to run their business at a profit based upon their current models. I’ve seen the same story being trotted out offering seed or crowd funding investors’ magic beans with the promise of future gold. The story wears thin over time when each and every one of them fails to deliver a profit.

So I truly believe that this is the year of reckoning for the online disrupters.

Purplebricks is currently the leading player in this field based upon the number of ‘listings’.

We admire them a lot as we think they’ve got the best online agency website and their PR and stock market launch has been first class.

But then we read their prospectus and look at the numbers. Since their launch over 3 years ago, they’ve accumulated losses of over £13million!

That’s even allowing for the fact that their customers have to pay them upfront through factoring arrangements. So they’ve earned their cash, but have still got the liability and costs of the 4,000+ unsold houses to service. Yikes!

And if you look at their media spend, and this is the same for all the other major online players, they lose money on every new instruction.

So I really do take my hat off to them for being able to pull off a float at a market capitalization of £240 million.

They’ve now become the flag bearers for all the other online agent wannabes who are desperate to float or be taken over before their last remaining funding runs out.

If they disappoint the market, ‘the game could be up’.

So it’s been interesting to watch their progress. Of course it’s early days and it will be some time before we find out if online agents are the next Amazon or they suffer the fate as other disrupters like boo.com – Who? Exactly!

As for our plans. We’re old fashioned. Two years in and we’re now making profits. It’s not as exciting as chasing the next funding round, but as we advance in years, sleeping easy at night has a certain appeal to it.

And the future’s not all boring.

We’ve even got a new Director on board – George Ayliffe the ex-co owner of Vebra and Think Property. He’s not as attractive as Martha, but being ex-KPMG, what he can’t do with an excel spreadsheet is not worth writing about.

This week we have the Head Shepherd of EweMove, Glenn Ackroyd,...

The self-employed model, after years of not really catching on fully,...