Between you and me, dear reader, I had little to no idea about what the metaverse was before researching it for this article.

If you’re the same, come join me on a voyage of self-discovery as we enter a world of virtual reality, cryptocurrencies, avatars and digital characters.

It all sounds very futuristic, but is it really the future? Will it have an impact on the property market sooner than we think, or is it a load of old tosh that will never take off in any tangible way?

What is the metaverse?

First things first, what exactly is the metaverse? According to Wired, the metaverse can – broadly speaking - include virtual reality, which is characterised by ‘persistent virtual worlds that continue to exist even when you’re not playing’, as well as augmented reality that combines aspects of the digital and physical worlds.

AR and VR are nothing new, of course, and haven’t really taken off as much as some might have expected, given how digital-first and online our society now is.

Attempts to introduce aspects of AR and VR into the property market haven’t fared that well. They are still seen as very niche and often accused of being a bit too unwieldy and awkward to use.

But the metaverse is more than that. It’s described as a 3D virtual world where people can travel, socialise, have meetings, attend comedy nights, play games, trade, and buy and sell digital portions of land and virtual goods for their avatars. 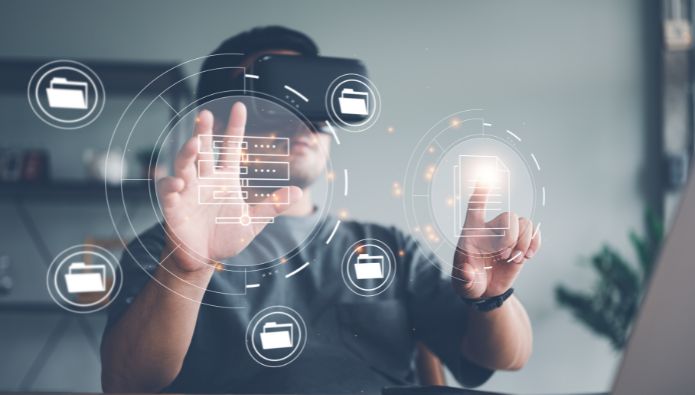 While the term metaverse is also nothing new – it’s been talked of since the 1980s – rapid advances in technology and investment from major firms is starting to take it mainstream.

Wildly popular video games such as Fortnite (the bane of may parents' existence!) and Roblox exist in their own metaverse, and are facing increasing competition from others.

Perhaps the closest I’ve come to experiencing it, without really realising at the time that I was in the metaverse, was when I trialled IDO Virtual, which launched in July 2020 after the first wave of the pandemic. I covered that in greater detail in this Natter, but that was more about working from anywhere rather than any crossover of the property market itself into the metaverse.

Buying property in the metaverse

Metaverse Property describes itself as the world’s first virtual real estate company, offering a gateway to the metaverse and the land opportunities there.

Slightly confusingly, perhaps, the metaverse isn’t one single entity, but much like the internet lots of different online platforms all vying for attention.

Some of the metaverses that Metaverse Property supports include Decentraland, The Sandbox and Upland.

According to its About Us page, its goal is to facilitate the acquisition of virtual property along with a ‘suite of virtual real estate centric services that are provided by pioneers of the crypto, blockchain and non-fungible token (NFT) industries’.

The firm currently offers, or plans to offer, a number of services to help people enter and engage in the metaverse, namely:

An article by Forbes earlier this year claimed that metaverse real estate is already big business, with the likes of Snoop Dogg, PwC, JPMorgan, HSBC and Samsung already snapping up virtual land for a variety of uses.

“Those who got in early have already made big returns – on paper, at least. Less than a year ago, the average price for the smallest plot of land available to buy on Decentraland or the Sandbox – two of the biggest metaverse platforms – was under $1,000. Today it’s sitting at around $13,000,” it said.

But it also warned, as other articles on the subject do, that investing in virtual real estate – which is typically carried out via cryptocurrencies such as Ethereum, SAND (connected to Sandbox) and MANA (the currency of the Decentraland platform) – is a very risky business.

There is a reason why purchasing properties via cryptocurrency hasn’t yet caught on, despite the growing popularity of crypto, particularly among the younger generations. It remains highly volatile and something the Bank of England has warned against in very strong terms, while last month the FCA reminded investors of the risks of investing in cryptoassets.

This could make the prospect of purchasing property in a virtual world – which some would argue has no real, tangible value – much less attractive, and make the idea of metaverse real estate catching on far less likely.

That said, there are some who believe that metaverse property sales could become part of property chains at some point.

Among the agent community (and I don’t think I’m taking a wild leap into the dark here), I imagine those who are sceptical or even downright dismissive of this as a nonsensical fad with no place in the real world outweigh those who believe it will be the future.

And I think I’d have to agree. I’m all for PropTech, innovation, new ideas and digitalisation of the property market. We’re certainly going that way, and the sector will be far more digital, paperless, cashless and contactless 50 years from now.

But the idea of purchasing virtual land in the metaverse just doesn’t seem to hold much weight. What would be the point of it, for starters?

I suppose the argument would be that it’s a chance to make money if values really start to soar, and those getting in early have the best chance of making the biggest returns. However, given the volatility of cryptocurrency, this investment would be incredibly high-risk.

I personally can’t see the property market entering the metaverse anytime sooner, if ever, but I’ve been wrong before.

Much will likely depend on how the big tech companies act. Facebook’s name change to Meta would suggest an interest in heading in that direction, but what about Apple, Google, Amazon, Microsoft and the rest?

It’s certainly an interesting topic to keep an eye on and to have some understanding of, even if you think it’s total nonsense. That way, if it does become properly mainstream, you will be ready to take advantage.

So, game-changer or fad? Let me know what you think in the comments below.

Are we ready for the PropTech metaverse? ...

In this article, Kristian Stott, Head of New Business at iamproperty, analyses...

Get ready: Blockchain is coming to a property transaction near you ...

Imagine a world where you, as an agent, could focus on...

As you’ll know by now, I like to use the Natter...