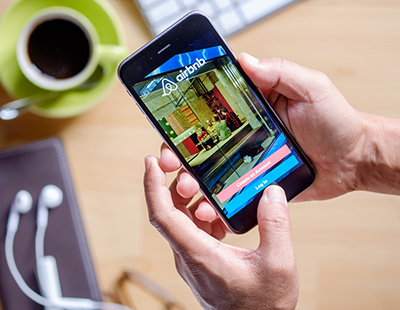 Timothy Douglas, Head of Policy and Campaigns at Propertymark, analyses the impact that the lack of available data is having on the rental market in communities up and down the country.

We have known for some time now that concern has been growing among our members operating in areas across the UK where levels of private rented sector homes are being reallocated to the short-term letting market, depleting much needed stock to meet housing need at the local level.

However, while we are hearing these concerns from agents on the ground and there is evidence emerging to support worrying trends in some areas, we must acknowledge the dearth of official data to help truly understand the issue - we can't begin to try and solve a problem that we simply don't understand.

The short-term rental market is presenting itself as a more tax and regulatory favourable option for existing and potentially new portfolio landlords and increasing costs in the private rented sector is an inevitable outcome in areas where tenant demand outstrips long-term rental supply.

Tourist accommodation can be very positive for communities, but there comes a tipping point and the balance between long-term rented accommodation and short-term has swayed too far in favour of the short-term area of the lettings market.

Recently, the UK government moved to close the business rates loophole, which enabled some second homeowners in England to avoid paying council tax. We believe it is a step in the right direction but is long overdue and falls short in terms of the intervention necessary to maintain investment in the private rented sector and that they must undertake further investigations and changes including launching a review of all taxes relating to private landlords.

In Scotland, additional measures are being adopted in an effort to tackle the issue of short-term lets in certain areas including the approval of plans by the Scottish Government’s Local Government, Housing and Planning Committee that will implement mandatory short-term let licensing by 2024, and in conjunction with the creation of control areas, in which planning permission will be required to use a property for the purposes of a short-term let.

A number of proposals have been bought forward by the Welsh Government including the extension of local authority powers to apply council tax premium, a requirement for planning consent and the ‘70-day’ criteria used to define a property as a short-term let for business rates purposes is already in place.

Local authorities do have data for the number of second homes registered for Council Tax across the UK, but that data doesn’t tell us how many of those second homes are being let in the short-term letting industry.

This gap in data is caused by the lack of definition and no existing framework to categorise second homes - without this, we will not be able to understand the market. It follows then that governments must develop a robust typology that sets out definitions of each type of second home based on use so that the data can be captured.

By defining each type of second home it will provide a more accurate picture of housing use at both a national and local level which can lay the foundations for smart policy making in this area, minimising the risk of unintended consequences.

We believe that to do this governments must significantly increase the delivery of social rented housing in the areas they are most needed, explore ways to redress the balance of regulatory obligations across the two industries, develop a robust typology for defining the different categories of second homes and pilot the introduction of a short-term rental registration scheme using the proposals set out by Airbnb’s White Paper.

The Private Rented Sector plays a key role in country’s recovery from the Covid-19 pandemic, and we hope that all governments acts quickly to limit the potential detrimental impact that this imbalance will cause.

*Timothy Douglas is Head of Policy and Campaigns at Propertymark

No short-term lets regulation for now - what could this mean for the PRS? ...

Licensing of the short-term lets sector in Scotland was due to...

Why Rental Reform Is Becoming More Important By The Day ...

It’s easy to overestimate the importance of something in one’s own...

The rental market is recalibrating after Covid, and this is evident...