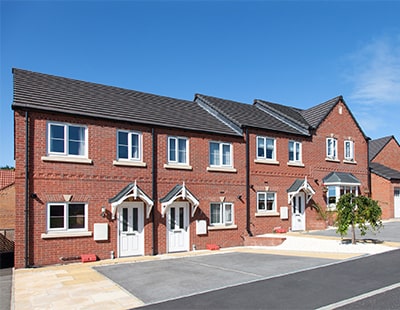 Affordability has always been a hot topic when it comes to the property market, and this is doubly true for first-time buyers looking to get on the ladder.

Over the past year, we have watched as house prices continued their exponential surge driven by a number of factors, with the latest HPI data from the Office for National Statistics (ONS) showing that average house prices increased 8% year on year in July – this is down from the 13.1% year-on-year figure that the ONS recorded in June, but still emphasises the substantial growth that has occurred over the past year, that arguably may have been driven in part by the Stamp Duty holiday.

For many first-time buyers looking to get on the ladder, new-build homes have offered a more accessible entry to the housing market as a result of Government schemes such as Help to Buy and more recently the new First Homes initiative, which aim to give aspiring buyers a leg-up towards their purchase. But how affordable really are these new builds?

Now, the Open Property Group (OPG) has published new research (which you can find here) that provides an affordability ratio on analysis of ONS house price data for newly built dwellings compared to workplace-based earnings. The higher the ratio, the less affordable it is, on average, for a resident to purchase a house in their local authority district, and the findings give fresh insight into the affordability of new-build homes for this generation of buyers.

Some of the findings should come as no surprise; London holds the top spot on the OPG’s list of the least-affordable places to buy a new-build in 2021, with a ratio of 13.65 – the South-East region follows closely behind at 11.51, followed by the East of England 10.79.

The research certainly paints an interesting picture of the general affordability of new builds, and OPG Managing Director Jason Harris-Cohen notes that “it is no secret that newly built houses carry a price premium”, adding that whilst there has always been a North-South divide when it comes to the cost of buying a new-build home, the analysis shows that the gaps are closing.

But what is that premium? Well, according to the latest data on new-build from the ONS covering May 2021, the average cost for a new-build home in that month was £329,801, with the average price for an existing resold property at a lower £247,967. That means that the average premium on new builds compared to an existing home is approximately 33%.

Average new-build prices may have gone up 12% since May 2020, but that’s less of a pain point compared to how much they’ve grown since the turn of the millennium, with data from property manager Warwick Estates finding that average new-build prices have shot up by 272% since the 2000 – in comparison, average house prices for the existing market increased by 252% over this same period. With new builds showing price growth that’s 20% higher than second-hand properties over the past 20 years, one must wonder how very different the market may look without frequent government intervention.

On the preeminent question of affordability, there does seem to be a burgeoning risk that new-build house prices are going to continue increasing rapidly, particularly in the short term. The construction industry has reported a shortage of key building materials such as timber, cement, and roof tiles as a result of disruption to global supply chains that looks set to continue well into the second half of 2021, with the ONS noting that the cost of materials rose by 20% between July 2020 and July 2021.

The dual impact of both COVID-19 lockdowns and ongoing Brexit uncertainty has also led to a lack of lorry drivers and record-high vacancies in the construction sector, which is likely to push price inflation higher and will eat into the housebuilders’ large profit margins. Given that housebuilders are already extracting the maximum price from buyers it’s unlikely they will be able to push prices up any further; still, with the way housebuilders have acted over recent years, this is not a hill I want to die on.

Clearly, the UK needs to build more homes if it is to support the growing number of people looking to get on the ladder. However, the government’s pledge to turn ‘Generation Rent’ into ‘Generation Buy’ is contingent on there being affordable property available and it looks likely that they will continue to fall short of their aim to build 300,000 new-build homes per year, with Propertymark recently highlighting that, at the current pace of construction, this target won’t be met until ‘at least 2028’.

It raises the question of what will actually change, or need to change, in the near term for supply and demand to balance and for new-builds to be accessible at an affordable level. The powers that be in the housing ministry (now changed to the Department for Levelling Up, Housing and Communities) continue their revolving door at the top with the replacement of Robert Jenrick with the newly appointed Michael Gove as housing secretary.

Gove moved quickly to pause controversial planning reforms which were intended to ensure that more homes could be delivered, and it remains to be seen what impact his own reforms will have on the housing market. It remains almost inevitable however that new-build prices will continue to increase as the months and years rolls on.

The key question for first-time buyers though: will they become more affordable? The one thing that Mr Gove should not worry himself about is housebuilders’ profit margins because the last 20 years of price increases have already done that for him.

*Adrian Gill is Non-Executive Board Member of Reapit

Not for the first time, a government policy on housing ends...