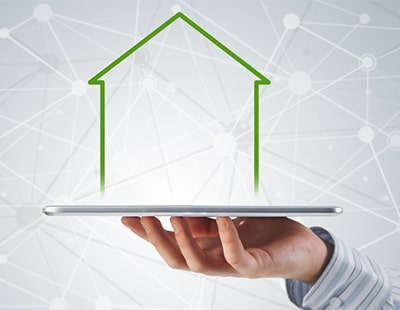 The race to complete home sales before the stamp duty holiday came to an end on June 30 has created what some are calling ‘the biggest conveyancing logjam in more than a decade’.

The numbers tell their own story: 704,000 UK home sales have been making their way through the conveyancing process prior to the deadline, with 220,000 yet to complete at the beginning of June. Of these 131,000 have been for properties sold for more than £250,000 - which needed to get over the line before the stamp duty holiday ended.

This has led to immense pressure being piled onto conveyancers, with many having to work evenings and weekends just to keep up with their ballooning caseloads.

Now, as the dust begins to settle on what has been an unprecedented few months for the conveyancing industry, our focus and energy should turn to what’s needed to accelerate the digitisation of conveyancing.

To those outside the industry, the lack of digitalisation in conveyancing is a curious one. Almost every other part of the property buying process has changed immeasurably for buyers and sellers over the last decade or so.

Digital estate agencies have been steadily taking market share from their bricks and mortar counterparts, historic price data stretching back decades is available at the click of a button, while even ancillary services such as removals are aggregated online allowing consumers to easily search for the best price.

But for conveyancing to catch up and meet the expectations of today’s consumer, we need more than just tech adoption among law firms - in fact, the vast majority have already made shrewd investments to digitise at least some of their processes. What’s required are structural changes and bold leadership from the centre.

The Progress So Far

Central to any efforts to further digitise conveyancing is HM Land Registry. As the government department responsible for registering the ownership of property, the industry can only innovate as fast as the Land Registry does. And in fairness, it has taken this responsibility with the focus and seriousness that is required, with the recent rollout of significant digital services.

Initially, this was fairly entry level functionality, such as digitising the Property Register, which enabled conveyancers to download titles directly. However, more advanced services are now coming online, most notably the Digital Identity Standard which was released in March of this year.

This provides rules on identity verification to enable virtual verification, such as requiring the use of smartphones to upload biometric chip data from passports and other government documents.

This is a common dataset and schema which collects data from the seller when they put their property on the market. PropTech companies and CRM providers can use this schema to add the required questions to their platforms. And once the data is collected, it can then be shared with all relevant stakeholders, to create a ‘single source of truth’.

While innovations such as the above are welcome, these alone will not deliver end-to-end e-conveyancing. Nor, for that matter, will software innovation from PropTech companies. This is because the biggest roadblocks to e-conveyancing are the following:

Lack of a Centralised Administrator

While the Land Registry is the centralised record holder of property titles, it is not responsible for administering the e-conveyancing process, conveyancers just interact with it during certain parts of the process.

This is a major shortcoming when it comes to digital conveyancing, as it’s created a fragmented system with much of the process existing within the closed systems of law firms. Thanks to this, even relatively simple requests between legal firms can become painstakingly slow, relying on manual processes.

A centralised agency offering a digital title platform would act as the point of convergence for all parties during the title transfer process, with the seller’s counsel pushing data into the platform and the buyer’s counsel pulling that data into their system, all recorded by access logs.

This could be fulfilled via an expanded remit for the Land Registry, a new government body, or even private sector organizations. If we look at the Australian system, the extremely successful online property exchange network PEXA provides a centralised platform through which all communication between professionals and Land Registries are conducted during the title transfer process.

This is a private company that was created to deliver the Australian government’s objective of a national e-conveyancing solution.

Lack of Rules and Regulations

To be clear, I am not calling for more red tape to be added to the existing process, but rather national standards for e-conveyancing developed at the governmental level, in consultation with industry.

These standards would set the operating requirements and rules for organisations participating in e-conveyancing. This can only be achieved by government regulations, which will create the needed framework that all actors and technology vendors can build their processes around.

Again, if we look to Australia as an example, the government established a body (Australian Registrars' National Electronic Conveyancing Council or ARNECC) in order to facilitate the regulatory framework required for e-conveyancing.

This then enabled the development of specific laws and standards (chief among them the Electronic Conveyancing National Law) that actors in the e-conveyancing process must comply with.

Lack of Data Standards and Interpolarity

Data standards are an extension of the above point. Only once a new regulatory framework has been established can data standards and protocols be rolled out. Without data standards developed at the regulatory level, in conjunction with industry, we’re left with a mishmash of datasets and all of the issues with data interpolarity that accompany this.

Initiatives like BASPI are a step in the right direction, but they are voluntary and lack the robustness to ensure data integrity. Nor does this type of initiative take into account a truly end-to-end process, administered through a centralised authority, with data being pulled from official sources.

As you can see, resolving these roadblocks would fall primarily on the public sector. However, that is not to say that government agencies should pick up any more of the conveyancing process than they currently do.

Instead, resolving these three issues would unleash private sector innovation in digital conveyancing, enabling the next generation of legaltech services that would deliver true e-conveyancing to clients. But the longer we wait for this, the further off this reality will be.

Hayley Hellon is Head of Legal Practice at ProConveyancing, an online residential conveyancing firm operating in England and Wales that offers high-quality, fast and sensibly priced conveyancing to buyers and sellers and industry partners.

The death of data migration – is there a solution for agents? ...

One of the most valuable assets to any company is the...

Buy-to-Let: is the outlook improving for landlords? ...

There are an estimated 2.7 million landlords in the private rented...