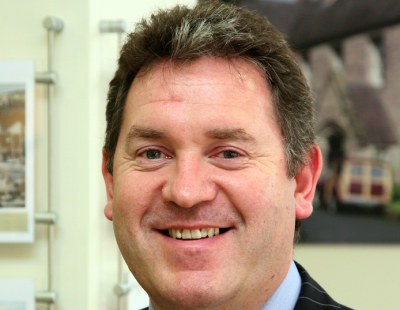 There are just three working days until the end of the stamp duty holiday for most buyers.

That’s not even enough time for a quick round of golf with a mortgage adviser or solicitor that might once have won your client a place at the top of the queue, even if it came at the expense of an ignominious “defeat” that spoiled your handicap but won the day for the deal.

It was during these crazy times that it completely slipped my mind until the day before that June 12 marked the 36th anniversary of my becoming an estate agent.

I came south from my home on Luing, a Scottish island just south west of Oban, to join the Royal Military Police at their training barracks in Chichester back in 1983, when I was just 19. As often happens as the teenage years frizzle out, much was changing in my life and I decided being a Red Cap was not for me.

While working as a store detective, I turned up in scruffy denims and unshaven for an interview with dapper estate agent Bill Fry. I explained my unkempt appearance and he made me a job offer.

“Work hard, and one day all this could be yours,” he said by way of welcome. Four years later it was when I bought the final 50 per cent of the business I had not already purchased. So I had swapped the promise of a punch from a drunken sailor on a Saturday night for 36 years of bruising boom and bust in the world of property. Such is life!

There have been some amazing times in the industry since then, none crazier than what we have seen in the past year as people outbid each other to purchase properties and, in doing so, spend far more than the notional tax saving they will get if they complete on the deal by June 30.

There must be more topsy-turvy times ahead before I retire, which is probably more than a decade hence, so I could well reach the landmark half century. But having made that leap of faith into an industry about which I knew nothing in 1985 I have no (well few!) regrets.

Every day is different, as is every person I’ve ever met and there have been many of them. And to all those who have supported me over the years either as clients or colleagues I’d just like to say “Thanks”!

One thing’s for sure, there is little chance of a celebratory holiday in sunnier climes to mark my three dozen years as an estate agent. It’s not only the traffic light system preventing foreign travel – I’ve met enough veterans working in Portsmouth to know that the Falkland Islands, even with their super-rare green designation, are not a destination of choice – but also the pressure of keeping so many transaction chains going.

And on July 1 comes the salvage operation as those who never made it across the line start to unravel deals that can’t go on and seek new ones.

Hopefully some will be persuaded to still complete. Reducing each price in the chain by the amount of tax that will become due will sweeten the pill and gives a fairly obvious solution. No-one will really lose out and by the time potentially lost professional fees for work already done are taken into account the price reduction becomes less damaging and even more realistic.

Maybe by the end of the summer there will be time for a break, but then again the traditional autumn market could become a reality as disgruntled stamp duty evaders wake up to the fact that it was the pandemic and the wish for a new lifestyle that had really prompted their desire to move.

So I’ll not make plans yet but, if there’s time, I could dash out and buy a belated celebratory cake to share with the staff. After all, they might even have time to pause and enjoy a slice!

Remember the early days of lockdown when there was a general...

You can always tell when Budget day is approaching. There’s lots of...