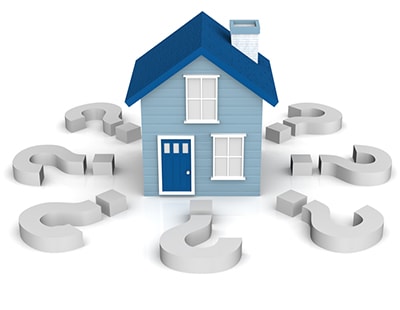 The launch of Boomin has been and gone with, perhaps, something less than its expected fanfare of publicity.

Of course there are the prime time TV advertisements and - probably more influential - the YouTube and social media messages.

However, news of the launch- even when it came a day early, before the Easter break - produced far fewer ‘reads’ on Estate Agent Today than recent stories about Stamp Duty or Capital Gains Tax. The Negotiator didn’t cover the launch itself at all, and on Property Industry Eye the story got fewer than half the reads of its April Fool.

That’s not a reflection on Boomin but, perhaps, suggests that everything everyone wants to say about yet another portal and about Michael Bruce’s history in the industry has been said - although the relatively few comments made in the trade press suggest the Purplebricks anti-agent image still hurts many.

So what’s the verdict on the new portal? I’ve tried to sound out a few industry voices who have not already made clear they are vehemently against or for Boomin, and who to my knowledge have no financial vested interest in them or rival portals.

There have been many responses although, alas, few on the record.

While there is almost complete unanimity that the portal looks good, has strong functionality and appears amazingly glitch-free straight out of the box, there are different views about different elements - none more than the controversial MatchMaker feature.

Boomin itself describes MatchMaker this way: “[It] is a unique service that helps buyers connect with homeowners who aren’t on the market. Simply place an advert pinpointing your dream locations and potential sellers can ask to be introduced, with the support of a professional local Estate Agent.”

There are two strongly divergent views. Several agents have been in touch about it, but here are two direct quotes which reflect the different opinions.

“It’s ultimately a bid to cut out estate agents. People register, have their interest expressed to owners in a street, and then wait for responses which could by-pass the agents and direct negotiations begin between buyer and seller. This could be estate agent turkeys voting for Boomin’s Christmas” - (agency owner, contacting EAT).

“The killer features for me are those that allow prospective buyers to show their interest in a street, that is then conveyed to sellers so that prospective buyer and seller are matched and deals done that otherwise perhaps would not have been” - Russell Quirk (ex-Emoov, now Keller Williams UK).

Boomin, it’s worth remembering, pledges it will never ‘go around’ agents and that instead the MatchMaker feature could create new business. The issue was raised by agents themselves, and the Guild of Property Professionals as a block, at some of the Bruce Brothers’ explanatory webinars in recent months, and indicates enduring suspicion following Purplebricks’ early years.

The second area that concerns agents contacting EAT is the simple one - Boomin has relatively few listings and not so many agencies on board, at least yet.

In early March, Boomin claimed it had some 5,000 agency branches on board - it quoted the same figure for its launch, a month later. Zoopla last week said it had 19,500 including new homes listers, and in February Rightmove reported 19,197 (again including new homes) after a three per cent fall during 2020.

My own personal search looked at an active urban area I chose, which on the ground has five different agencies’ offices within a short distance of each other. Boomin had only one of those agencies registered, and inevitably had only limited stock.

There’s no shame attached to that, because Boomin is new and that particular agency is stronger in other locations outside of my search area - but if a consumer looks at Boomin and sees such a small selection of stock and effectively only one agent for their chosen location, surely they would then look on Rightmove or Zoopla and see many, many more.

Would they then bother to return to Boomin, a while later when they wanted to search again?

Again, here are two agents with divergent views - both wanted to be off the record, alas.

“The small inventory isn’t a problem. You’re not going to beat Rightmove in a sprint, but only in a marathon, so having a big marketing budget for ads will make it clear to other agents they should get on board - that way, a critical mass of listings is eventually built.”

The contrary view was expressed this way:

“Who needs a fourth major portal? Rightmove is so entrenched it renders the others almost unnecessary. If the public still uses Rightmove in record numbers, and hardly any agents defected during the campaigns against it last year, why would you spend money and time listing on yet another portal? There isn’t any need for it.”

To review something as complex and market-dependent as a property portal after just 48 hours of public visibility may be both unfair and unwise - things will change, and quickly.

But so far, what do YOU think? Is Boomin a game-changer for agents? Should Rightmove and Zoopla be worried? Would a much-speculated merger with OnTheMarket see Boomin suddenly become a serious contender? Please let us know in your comments below.

Video exclusive - the Bruce brothers reveal all on Purplebricks and Boomin ...

In this exclusive for Estate Agent Today readers, video supremo and...