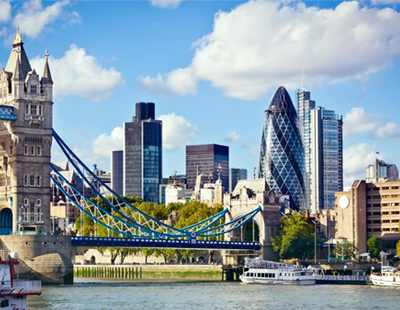 Just as city centre traffic is reminiscent of life before the pandemic, the rental market in central zones of UK’s largest cities has also bounced back over the last six months.

During the pandemic, across the UK as a whole, rental demand rose after the first lockdown and remained higher than typical levels, especially in wider commuter zones, and in more rural and coastal areas. The reason? Just like homeowners, there was a good number of households in the rental sector who reflected on how and where they were living, and decided to make a move.

But for city centres, and inner London, this was not the case. These markets, which are so attractive to students, city workers and international corporates, experienced a dip in demand as offices shut, amenities closed down and international travel all but stopped.

As a result, many city centres saw average rents fall, with rents in Westminster in London down 14% on the year in February, while rents in central Birmingham were down 3.4% in 2020.

But since Q1, rental demand in the centre of Manchester, London, Birmingham and Leeds and Edinburgh has risen more than 60%, doubling in some cases. This in turn has resulted in rents rising in Q3, more strongly than surrounding areas, as the chart below shows.

This bounce back in demand in inner London has been enough to push average rental growth in the capital back into positive territory for the first time in 16 months. Rents are now up 1.6% on the year.

Running alongside this increased demand is lower supply. Investment into the rental sector by landlords has never regained the levels seen in 2014 and 2015 ahead of the introduction of the +3% stamp duty surcharge for purchasing additional properties. At present, total stock levels are around 43% below the five-year average, which in turn is putting upwards pressure on rents.

Overall, rental growth across the country has hit a 13-year high of +4.6%. But as this article illustrates, it’s a very localised picture. The average monthly rent in London, at £1,592, is still nearly £100 less expensive than in February 2020.

Looking ahead, rental demand is likely to continue to outstrip supply, leading to a step up in London rental growth to 3.5% in 2022. In the UK excluding London, rental growth will continue in 2022, but at a more modest rate of 4.5%, compared to the current growth rate of 6%.

*Gráinne GiImore is Head of Research at Zoopla

Deep Dive: what did the Zoopla Rental Market Report reveal? ...

Market analysis – why it’s all change in the rental sector ...

It’s no surprise to hear that the property market has seen...

The death of data migration – is there a solution for agents? ...

One of the most valuable assets to any company is the...