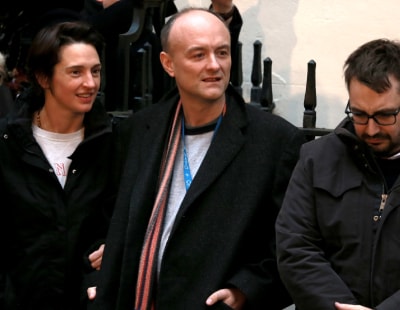 Dominic Cummings has been at worst a cause of huge anger to a nation that’s already extremely anxious.

At best, he’s been a source of light relief - a classic example of the posh know-it-all reduced, rightly or wrongly, to a subject of ridicule across Britain and beyond.

There are the inevitable jokes about Cummings’ eyesight and Boris Johnson’s new-found expertise in fatherhood, but there are some genuine lessons for estate agents too.

While the actions of our industry do not directly risk public health in the way Cummings’ behaviour might, we do occasionally have major PR disasters. These can damage the brand of a firm or the wider industry, just as the past week has damaged the government.

Recent high profile agency controversies which have been the subject of national newspaper headlines have included the Countrywide ‘fat cats’ bonus scandal, the collapse of Emoov shortly after a merger and much-hyped crowdfunding, the probes into Purplebricks by BBC Watchdog and other programmes, and the various price-fixing cartel scandals reported by the Competition and Markets Authority.

Thankfully, few agencies face crises of that magnitude but what can ordinary agents do when something goes wrong, very publicly? What’s the classic route of damage limitation?

As a journalist, my brief advice is to look at what Cummings and the government did - and then do the reverse.

Most agents do not have PR support and can’t afford it - it’s not cheap. But when it comes to crisis management, the cost is worth it and you definitely should not rely on a blustering friend to get you out of difficulty.

Get that expertise in quickly, ideally when you first know there’s a problem - don’t wait until it becomes a mess.

Secondly, express regret and look like you mean it.

If you scroll through online reviews, some of the best agents are those who put their hands up if there’s a problem. If you cannot accept responsibility because a problem is genuinely not your fault or because that could lead to legal repurcussions, at least express remorse and some humility - and make it sincere in case the problem really is down to you.

Within hours of Cummings’ lockdown breach first being reported, many Cabinet ministers tweeted their support for him using very similar wording - the result of another spin doctor telling them what to do. The result? Scepticism amongst journalists and the outside world.

This was compounded by another flurry of similar tweets - including this time from the Housing Secretary and Housing Minister - just after Cummings made his statement to the press. They looked similarly orchestrated, and were treated with similar scepticism.

The rumour mill inside any agency runs at a higher speed if people are not kept informed - in recent years I’ve run some stories on Countrywide’s various cuts, sales and changes before staff have found out.

That isn’t right, and it’s the fault of Countrywide that key staff sometimes tell journalists before they tell their colleagues: don’t repeat that error.

You don’t have to love or even like journalists but if you lie, it’ll come back to haunt you.

To return to that Countrywide example, I’ve been told directly that branches were not closing when they were, and I’ve been told the commercial arm was not for sale when at the same time buyers were being sought.

Inevitably, those ‘inaccuracies’ influence how I take information from Countrywide in the future.

Finally, to link this back to the subject of the week, if Cummings broke lockdown to go to a beauty spot to mark a family birthday, for example, a quick admission and apology might have (just might have) defused the story rapidly. Now, of course, he’s a laughing stock.

But that willingness to tell the truth may of course be the root of Dominic Cummings’ problems; as an industry, we are thankfully much better than that.