Let me start by wishing everyone well in these uncertain and precarious times. I truly hope you, your families, friends and colleagues come through this test in good health and that your business lives soon return to some semblance of normality.

That said, the reason for writing this piece is in response to the number of posts I have seen on social media promoting the idea of self-employment and working from home as the future of our industry.

Don’t get me wrong, for some ultra-self-motivated people lucky enough to live in a spacious home, working there is a great option.

Actually, you can extend this concept beyond home to wherever your fancy takes you: the beach, the city or the countryside, wherever you can get a good internet connection. 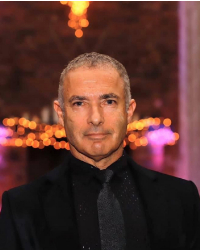 I know this to be true because it’s how I’ve been working for over twenty years now. Once I recognised the freedom the internet gave me, I grasped it with both hands and have never looked back. However, in all modesty, I’m not the average person and I am certainly not in the average situation.

At the point where the opportunity to free myself from the office arose, I was already running a successful and established business. Initially, I worked from a wonderful home office I built in my big garden, freeing me from the distraction of three children, two dogs and a Guinea Pig called Gizmo.

As time went by and the children left home, we took to travelling the world. I found the relative inconvenience of different time zones a price worth paying for the freedom and adventure it conferred.

However and it’s a big however, while I have been lucky enough to take advantage of these freedoms, there is a darker side to the internet and I don’t mean the dark web.

Imagine being cooped up in a small apartment with young children and a stressed spouse trying to focus on your job. Eventually, you are forced to go and find a surrogate office in a hotel or a cafe but somehow it never feels right.

Also, imagine yourself as an employer of young sales people who are meant to be hard at work but in reality you know they are doing anything but. Hell, it’s hard enough to get them working under supervision from an office!

Which brings me to the question of what the industry will look like post-crisis. Will we see a mass closure of high street offices as traditional agents are eclipsed by the new breed of self-employed working from home or from a regional network hub?

Interestingly, the predictions vary greatly. For example, Keller Williams confidently predicts its model will prevail as do a host of work from home franchises, strange that. Equally strange is the relative silence from the high street sector which appears to be much more interested in ‘saying no to Rightmove’ than making any predictions about the likely future success of its business model.

Although it must be said that I am a high street agent, we do have several high st offices after all, I don’t think anyone who knows me would call me traditional! It’s fair to say I have always been an innovator and at times a harsh critic of the establishment, not a natural champion of it.

I have to say that not all my ideas have worked, I piloted a work from home franchise in the 90s, I even started out in 1989 with an upfront fee plus a reduced commission on sale, achieving 70% market share in Crawley with over 2,000 instructions but we eventually succumbed to no sale, no fee nevertheless.

Taking into account my personal bias, what I think is that in the post-virus world the high street will see a revival at the expense of big shopping centres and supermarkets. The vacuum will of course be filled by Amazon.

I also believe that for all the reasons mentioned above, most agents won’t be effective working on a self-employed franchised basis, from home or anywhere else.

If anything, I think the crisis highlights how insecure and precarious it really is to be so out on a limb. The franchisor is far more insulated from economic shock than their franchisees and all the personal self-development and training means nothing when your income drys up and there isn’t even a furlough payment to keep you going.

I will go further and predict that post-virus, the high street will go through a golden era as it reawakens and becomes the true heart of the community once more. A place you go because you want to, not because you have to, a welcome breath of the real world to counter the constant intrusion and relentless march of the virtual.

This is not to say that there won’t be branch closures and economies of scale made in response to new technologies and changing market conditions.

Of course, the virtual world is coming and nothing can stop it but just as there can be no up without down, the virtual needs the real to give it reality.

I guess we will all find out in time but it’s handy to remember that true success is rarely an accident, it’s always the exception, never the rule. There is more than one way to skin a cat, it’s just that some ways are better than others and in estate agency, it’s my belief the high street is still the best way.

*Simon Shinerock is Owner of Choices Estate Agents. For more information on Simon, see his blog or his LinkedIn profile.

The past two years have been a whirlwind of change, challenges...