For a very long time, it was one of the best ways – if not the best way – of generating interest in a home for sale or to rent. But does local newspaper advertising still have its place in today’s thoroughly digital-centric world?

The explosion in internet use and the growth of social media and property websites such as Rightmove and Zoopla has given agents many more ways of advertising the properties on their books. Often this is free or at very small cost, much cheaper compared to taking out space in a local newspaper or magazine.

The reach is also much greater, which means homes can now easily be advertised on a nationwide rather than regional or local basis.

It’s certainly clear that local newspapers are in freefall. Since 2005, over 200 local papers have closed in the UK and the number of regional journalists has halved to around 6,500, with centralised newsrooms and journalists, sub-editors and printers all being relocated a long way from the communities they are supposed to cover.

Around 58% of the country now has no daily or regional title, with rural areas in particular now more and more reliant on the largely London-based media and their own social networks for local news. In 2018, then Prime Minister Theresa May launched a government review into the sustainability of the British press as hundreds of regional titles closed down.

Most of us will have seen this first-hand – the local paper that used to be posted through our letterbox once a week is no longer doing so.

But, despite this decline, do agents down on the ground still use this traditional form or marketing, or is it dying a slow death?

‘No case for choosing newspaper over digital’ 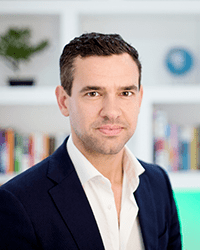 Jamie Gray, a former international rugby player and director at Portsmouth-based NEXA Properties, says it’s a no-brainer to choose online over physical in this day and age.

“When it comes to property advertising, newspaper vs digital isn’t even comparable anymore."

"There is no case for choosing newspaper over digital, however there are many instances when newspaper advertising can complement a wider marketing campaign or support in delivering a message to the (local) marketplace.”

He added that ‘newspaper advertising can provide a good marketing outlet for bespoke marketing campaigns’, for example when introducing a new, new-build development or enhancing the advertising on a luxury property for sale.

“But for general property searching, it just cannot compete, because you can only fit so much content into one small section,” he adds. “That means you’re always left needing more information but perhaps don’t want to go through the process of enquiring. At the same time, there is no mechanism of ‘filtering’ so you have to scour through every property, whereas online you can quickly select specific filters to define what you want and do not want to see. Plus, you can view properties online from everywhere, anytime – you don’t have to wait for the weekly paper.”

Jamie believes there is still some merit in the old ways, though. “If a newspaper advertising piece can lead to an editorial opportunity, then there is certainly value in that, as people still do consume a lot of local news via their local paper, but when it comes to property advertising the digital portals rule the roost.”

He concludes by saying that ‘there is no doubt that digital advertising provides a better experience for the individual searching, and therefore provides a bigger marketplace for the agents that are selling, and so it very much is a digital world when it comes to property advertising’.

Sean Newman, who set up Rugby-based Newman Property Experts more than 30 years ago – and who is also a director of Fine & Country (Midlands) and Newman Residential Letting, as well as being a franchise owner of a Mortgage Advice Bureau branch – says newspaper adverts have no use now, with most people getting their news and stories from social media and websites these days. 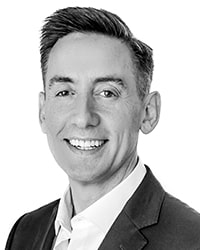 “People used to flick through local newspapers, to have a nose. You might get a few passive buyers, looking at the paper, who then see the advert for a home."

“So, there is no-one looking at these adverts anymore. Social media has taken over from newspapers by far.”

He says adverts on Facebook, LinkedIn, Instagram and Twitter are much more effective, and can reach a far wider audience. “An advert in the local paper might reach 10 potential buyers, whereas something advertised on social media has a much bigger reach.”

And, he adds, online ads are much greater from an engagement perspective, with social media far more likely to offer an instant response.

Social media platforms also allow for video content to be posted, which is something the local press simply can’t offer.

“Social media is much more useful when it comes to advertising properties because it can be targeted. We can target people by certain demographic, certain age group, certain interest. We can know more about people, when they’re moving, where they want to move to, and be far more targeted.”

“People moan about Rightmove,” Sean continues. “But we’re saving a fortune. It has huge reach and brand awareness, and once again can be very targeted.”

When I tell him that some agencies still use local newspaper advertising, he seems genuinely taken aback.

“I’m amazed, shocked and surprised that people are still advertising like that. No-one in Rugby is advertising in the paper. The local paper is so thin, no-one’s buying it. And, like everywhere, local papers are having to cut back or going entirely online, run from a central location that isn’t even in the local area anymore.”

He adds: “You either have to give them away, or you’ve got to get people to buy them. But the world is changing. People don’t read in physical form anymore. They read their Kindle or listen to Audible. The world is changing. Like people watching Netflix instead of traditional TV, people now want to use social media and the portals to advertise rather than the local paper.”

He signs off by reiterating how amazed he is that people still advertise in their local newspapers. “They’re wasting their money,” he says, bluntly.

When I check in with Daniel Bond, managing director of Henley-based Bonds Estate Agents, I ask him whether local newspaper advertising is a dying (or already dead) form of marketing as more modern modes of advertising take over.

“In terms of selling and letting properties, yes - although, there’s nothing to say that this platform won’t work for other industries and business owners,” he replies. “There’s certainly been a rise of digital innovation within the field of estate agency that we are seeing the benefits of already.

Does Bonds still use it? Is it still useful in smaller towns such as Henley where the local press and word-of-mouth are perhaps more important than bigger cities such as London, Reading or Oxford? 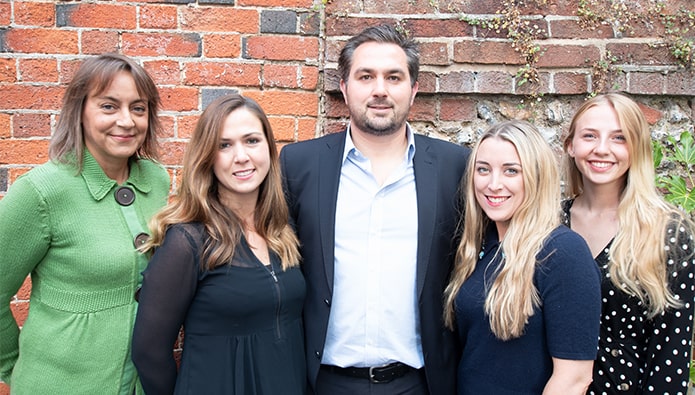 “Little, if at all – our features within newspapers adverts tends to draw focus to our unique services as an estate agency, as opposed to our clients and their properties,” he says. “By nature, the format of newspapers no longer serves justice to our clients or, indeed, prospective buyers. To gain a true representation of the property, buyers appreciate being well-informed and like to see a range of photographs which newspapers simply cannot cater for.”

Will we still be seeing properties advertised in the local newspaper ten years from now, I ask?

“I expect this historic trend will die out in its entirety. Portals have become the preferred way for people to search the whole market in which they are able to view multiple properties within any given area.”

“This coincides with the more modern agents’ interactive websites and social media platforms giving them the ability to access further information, book viewings and request property brochures with a click of a button; an aspect that physical papers would not be able to offer.”

Daniel says his firm saves up to £2,500 a week by opting for alternative methods rather than newspaper ads, which is then reinvested to its clients in the form of packages and offers.

“One unique selling point being our 0.5% + VAT sales fee,” he explains. “This money is best utilised in areas like our online advertising of which we are experiencing far better results for our clients by driving more enquiries and ultimately more offers as a result.”

I finish by asking Daniel whether the growth of social media and the portals has rendered local newspaper advertising useless.

“Whilst there may no longer be a place for property advertising in local newspapers, I’m aware of the importance they play in uniting the community. If anything, it is our presence within them that is changing,” he concludes.

Thanks all for the above answers. The general consensus from our featured agents seems to be that digital is king in the 21st century and there is a good chance that local newspaper advertising  - once a pillar of the sales and rental process – will die out completely in the next few years as the online revolution continues.

But does this tally with your experiences? Or do you still see merit in local newspaper ads? Let us know in the comments below.