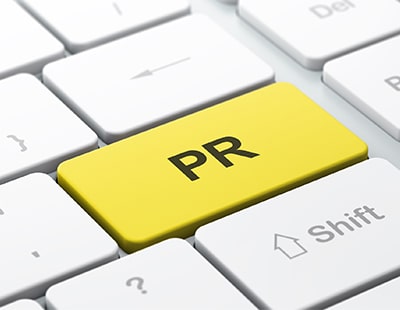 In the old days an agent would procure clients based upon their position in the high street, the size of the window display and how many pages they took in the local rag. That was then.

Do you think that people’s search habits may have changed a bit in the past decade or so?

Well, let me tell you that the increase in people searching for things via Google, Bing etc (your business sector included) has risen to over 60,000 searches via Google per second. That’s 5.6 billion searches a day.

No longer are consumers attracted to you solely because of your bright sign-lights and the fact that you sit next to Barclays Bank. Or because your office is a few inches wider than your competitors’.

Currently in the UK there are about 20,000 estate and letting agency branches and, frankly, to the consumer they all look the same.

There’s precious little differentiation with fees, propositions and methods all rather indistinct. Yes, the online fraternity had a good go at ‘being different’ but as we (and certainly I) now know, that’s not worked out so well whereby the initial exciting honeymoon has evolved into the equivalent of sitting at dinner ignoring one another. As often these things do.

However, to continue the bored marriage analogy for a bit, there is a way of spicing things up somewhat and becoming attractive again…

The internet is, apparently, good for such things and is not only the place that your customers are looking for you but accordingly, also the means of making sure that your brand is found.

Approximately 10,000 people search for the term ‘online estate agents’ each month. More still search for the likes of ‘best estate agent [insert any town or city]’. What the person searching expects to find is relevant and appropriate information based on that search.

As such, Google will make sure that the results that they generate are indeed the most relevant possible. But how do they know who is the best estate agent in Aylesbury or the greatest online estate agent in the UK?

The easy answer is that they don’t. But they know who does, sort of.

This is where mentions of your business, you and or your brand are key. The formula that Google and Bing use is of course strictly secret – their Penguin and Pelican and whatever algorithms change frequently but the essence is the same – authority.

Authority is the test that Google applies to whether they rank you well, or not, in search terms and that authority is gleaned from those other websites that Google already knows are great such as the BBC, The Times, Huffington Post and, of course, the inimitable Estate Agent Today.

All websites have a ‘Domain Authority’ ranking number placed upon them by Google. The BBC’s is 95 out of 100; The Huffington Post is 98 and so on (Estate Agent Today is a decent 48).

With me so far?

What Google thinks is ‘If the BBC mention [your brand] and even better if they hyperlink to your website, then if they think you’re ok, so do we’.

This is the world of SEO (search engine optimisation). In the past, this has been a dark art or rather, ‘black-hat’ as it’s been termed. In years gone by, you could seek to boost your domain authority and therefore your prowess in Google’s eyes by buying links. Google quickly got wise to this and so imposed penalties that saw your website ranked at the bottom of page 10 or so for a few months.

Emoov suffered one of these back in 2013 as did BMW and others. The consequence was that our spend on Google adwords (or PPC) skyrocketed.

Yes, Google ads. The source of most of Google’s $150 billion annual revenue. This is the cheat that Google wants you to employ.

Spending money with them on ads and which gradually become more and more expensive as competition increases. Again, at Emoov, at one point we were spending £300,000 per month on Google ads, which we had slept-walked into thinking that ‘growth at all costs’ as dictated by our strategy to get to IPO, would excuse such a huge cost.

What became interesting was when we switched the Google ads off and…it hardly dented our leads or our revenue.

And that’s because we had inadvertently built such a domain authority and digital reputation via media mentions online, links etc. that our natural search ranking was so high as to compensate, indeed circumvent, the need for huge ad spend on the search engines. We’d built defensibility.

Since 2014 I had run PR in-house with James Lockett, my co-founder here at Properganda and, quite honestly, we smashed it – gaining over 2,000 press mentions each year.

These mentions became the breadcrumbs that Google used to signal that we were an authority for all of the things that we had as key-phrases on our website – ‘online estate agents’; ‘sell my house online’; ‘value my house [town/city/village’.

By the end of 2018, Emoov ranked for 699 individual key-phrases on page one of Google, including at position one. Our ‘organic’ web traffic was over 50% of our total site visitors, far more than our big competitors, who by this time (you know who you are) were shovelling money at Sergey and Larry in ever more eye watering amounts in order to keep their brands in consumers’ minds.

Don’t give all your money to Google. They have quite enough. If you are clever and want to be found naturally and at zero cost, engaging a digital PR strategy that is both qualitative and quantitative is not only desirable, your business could very well depend on it eventually.

How independent agents use SEO to take on national brands ...

How many property professionals are truly happy with their revenue? High...