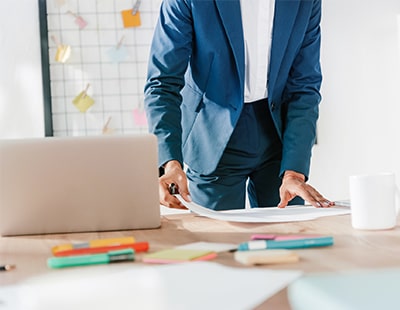 These are just some of the ‘reasons’ that UK estate agents give as explanations for their lack of listing performance.

In morning meetings all across the country, an army of ‘LAOs’ (Listing Avoidance Officers) sing in unison: ‘The leads are rubbish. And no-one is making decisions’.

The Royal Wedding, holidays, Christmas - the opportunities for side-stepping success are plentiful. And not forgetting the weather. Too hot. Too cold. Snow. Storms. The wrong kind of rain? Blah blah.

In my 35 years in sales, most of it in estate agency, these excuses have been nothing but consistent across multiple sales people in numerous businesses and several sectors. Sound familiar?

It’s as if mediocrity and apathy is somehow excused by such lamenting. If the excuse is good enough, you’ll slip off the hook and survive another month. And if your other sales team colleagues can be persuaded to employ similar abdication, too, then that helps a lot. Safety in numbers and all that.

Yet, every time I picked up the phone or saw a potential customer face-to-face, each opportunity to do business seemed rather more proper. And when I dug into the sales team’s call stats and pulled a few recordings and listened in, more often than not I noted the following issues:

So-called weak leads dismissed as ‘not a real lead’ in order to not dilute conversion rates.

No wonder. No wonder ‘the leads are crap’ when sales people, very often, don’t treat leads as, well, leads. And in a business where millions are spent on marketing and portal costs, with the resulting CPL (cost per lead) up there in the hundreds of pounds, that’s sacrilege.

Around a third of portal leads aren’t even opened or responded to by agencies. Yet about half of buyer enquiries have a property to sell. Madness. And yet we moan that the portals are ‘too expensive’. Think about that again for a second. Yes, way too expensive if you don’t capitalise on them properly.

In other markets such as the US, agents don’t squander leads. Hell, they don’t really rely on ad-derived inbound leads much at all.

In Australia, an agent there told me that two thirds of his leads were self-generated. Indeed, every person they know and every person *they* know is a potential customer.

Every home on the market in their area is a lead. Every past valuation appraisal is a lead. Every Facebook friend. Every LinkedIn contact. Every neighbour. Every viewer. Referrals and recommendations. And so on. And the fact is, all of these opportunities are free. CPA zero.

UK estate agents are lazy. There, I said it. In the main they take orders but rarely prospect. They’re not salespeople they’re passive recipients - sat under big, expensive trees waiting for the fruit to drop, nicely ripened, directly into their soft, comfortable, complacent laps.

I’ve written and spoken much about the unsustainable cost to an industry of big branch-based networks. The evidence is there for all to see. But our culture of goal-hanging for easy-win leads, waiting for those customers that offer themselves up with pen in hand desperate to sign your sole agency agreement - that’s not a viable acquisition strategy either.

‘You eat what you kill’ is the mantra of the world’s hungriest, fittest sales people. Go out, find it and drag it back to feast on. Rather than waiting for an elderly specimen to wander into camp and die of natural causes right in front of you. That’s a sure way for your family to starve. But that’s what UK agents do.

Estate agency is changing. The unit economics dictate such. But not only will the fittest and the most pro-active survive, they’ll prosper too whilst the weak and the apathetic die out.

Great White or Dodo? Choose one.

But if you continue to choose the latter, remember it was your choice.