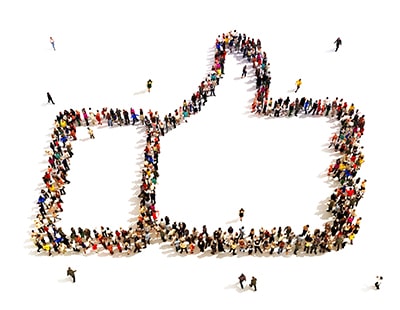 ‘Workers of the world, unite. You have nothing to lose but your chains’.

So is written on the tombstone of the father of all grafters, Karl Marx.

Yet this rallying cry could just as easily apply to estate agents up and down the country, ‘oppressed’ by the corporate bourgeoisie and shackled to meagre earnings, the toil from which provides huge profits for their masters.

For decades thousands upon thousands of hard-working agents have acquired customers, built relationships with them, worked alongside them to find them the right buyer and then navigated them through the protracted, bureaucratic treacle of the conveyancing process.

In many cases, a branch manager will spend more time speaking to a client some days than she or he does their own partner. And the stress that is shared from pressured vendors, stressed buyers and lawyers that drag their feet can be truly hair-pulling.

The time that it takes to sell a property has increased, despite technology and better communication methods. It is not unusual for the relationship with a seller to last for six months or more – longer than some of my friends’ marriages have lasted.

Yet, and here’s the rub, the typical estate agent negotiator, lister of branch manager earns between just 5% and 10% of the fee that their customer ultimately pays.

And when I say their customer, I really mean their customer. Because it was you that first spoke to them, visited them, signed them up and held their hand for half a year until completion.

Your overlords have costs, of course. The office rent, the business rates, leases and so on and usually a chunky management fee that contributes to the Mercs and expense accounts at head office.

By way of example, LSL PLC, owners of Reeds Rains, Your Move and Marsh & Parsons, made £35.9 million profit last year and had branch and premises lease costs of over £32 million.

So that’s nearly £68 million that goes straight out the door and that the staff do not benefit from. Plus interest on borrowings, director travel, entertaining etc – you get the gist.

Then not to mention staff costs of course – using LSL as an example again (as a listed business their annual report is super clear and easy to glean such data from), the average staff member earns a median salary of £25,600 but which, just to provide context, is thirty times less than the CEO’s £775,000 salary.

In other words, the CEO earns 30 times more than his average staff member. Total executive director salaries at the group account for around £2.5 million each year.

You may ask, does Ian Crabbe work thirty times harder than Amanda Bolton at Your Move, Burton on Trent? Or David Flower at Your Move, Watford?

If only there was a way to be paid proportionally to your efforts without giving 90% to 95% of your reward to ‘the man’?

Well, unless you’ve been locked in a filing cabinet for the last few months, you’ll be aware of a growing movement in estate agency now that provides significant and proportionate earning ability whereby agents work for themselves flexibly under the wing of a big brand that supports them with technology, training, compliance and a base, in return for keeping between 70% and 90% of the fee.

I am now biased of course and so to be fair, I will mention the names of a number of businesses that are turning to this model – it’s not just the big boys like global leader Keller Williams but also Bob and Rollo at Agent & Homes; Cow & Co; Adrian Black’s YOU Home, Rupert, Alex and friends at the London Broker, Adam Day’s eXp UK, Humberts and of course Sean Newman’s business.

Now, I’m hesitant ‘calling out the future of estate agency’ because I seem to remember that I did that once before and was famously very, very wrong.

Yet, centralised hub models at full fee are not so contentious as online and are not so outwardly seen as a departure from the traditional model where the customer is concerned.

And so, do I see good, ambitious agents turning to a role that is more lucrative as an individual agent empowered by a supportive brand? Yes.

Do I see current, traditional agents tweaking their branch approach to venture further outside of their standard geographic territory in order to attack bigger markets with self-employed agents working remotely from those branches? Yes.

Do I think the clever agents will do this as a true-hybrid play? Yes.

But do I believe that the big corporates, the businesses that really should embrace this approach to their considerable benefit and that of their customers and agents will do so? In order to survive - in fact especially now that they are all shedding branch offices like unwanted ballast? No, no I don’t believe so because they are already proven to be slow, unresponsive behemoths that are thinking just one CEO tenure at a time rather than having any innovative, long-term vision.

Is Independents Day (sic) truly afoot? Up the workers, I say.

Innovate or Die. But What is Innovation? It Isn’t just PropTech A...