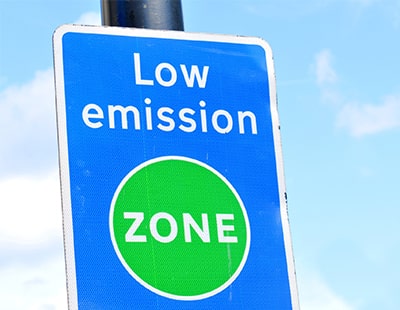 There’s a clear change of mood music in the country now regarding environmental issues.

You don’t need to be old to remember when almost anyone with an environmental conscience was dismissed as tree-huggers, hippies or Swampy (the nickname for green direct action campaigner Daniel Hooper, now 46).

Things have changed. While few have the principles or dedication of Greta Thunberg, it’s now mainstream to use a recyclable coffee cup, to demarcate your rubbish at home, or to ponder ditching the petrol or diesel car in favour of a hybrid or maybe even an electric one.

And if you yourself are not thinking like that, you can bet that your children are.

What might this mean for the agency industry? There are literally scores of things that could change, depending on how green we go and how quickly: but here are two points to begin with.

1. Energy Performance Certificates: “They may be mandatory but seriously - who looks at them?” How many times have agents, quite reasonably, thought those sentiments since EPCs were introduced 12 years ago?

But EPCs are becoming more important, at least to policy makers. As part of the Theresa May’s Clean Growth Strategy, it was agreed in 2017 that homes to let and so-called fuel-poor homes be upgraded for energy efficiency, with EPCs being the key document to measure improvements.

Last year a consultation sought the views of agents, other property professionals and the public on whether EPCs were accurate, and as that happened former housing minister Kit Malthouse hinted that online versions of EPCs may become ‘dynamic energy monitors’ using ‘live’ data from homes such as readings from smart-meters and other technology.

On top of that, will buyers pay more attention to EPCs in future, not just because the government wants them to but because we are all more ‘green’ than we used to be? Will this require the agency industry to change the emphasis it gives to EPCs?

2. Charging points: The national infrastructure of charging points on motorways and in car parks appears woeful and serves for now as a disincentive for anyone considering an all-electric car and wanting to avoid ‘range anxiety’. But what if that changes?

What then is the agent’s advice to sellers of individual homes? Plug-in charging can be done from a conventional wall socket but should vendors now be fitting dedicated home wall-boxes which allow quicker charging? Or should they fit a (very expensive) rapid charging station that could recharge a Nissan Leaf in 30 minutes?

Have agents thought about this yet?

And how about developers? I recently visited a 50-unit scheme of new apartments in outer London that had (to the evident pride of the company owner) two charging points for electric vehicles.

Now central London’s the ultra-low emission zone, started in April this year, is expanding in 13 months’ time, meaning that for many it will cost £24 a day to bring their diesel car into Greater and then central London. Would that be enough to drive you to buy an electric one? If so, where will you charge it?

What if London’s Mayor in, say, 2025 - irrespective of their political party - considers a ban on non-electric or hybrid cars? What will happen at the development boasting two charging points where those apartments are owned by people with, say, 30 or 40 electric cars?

We could add a lot more: solar panels, sustainable building materials, ground-source heating systems, dual pane low-emission windows, water conservation and so on and so on.

But it’s a good guess that more meaningful EPCs and access to domestic charging points are two demands from buyers that may impact estate agents and vendors soon.

Are we ready, or are we still a little green about environmental issues?

Lettings Agents and the Green Agenda - why it pays to go eco ...

In this article, the team at The Lettings Hub - which...