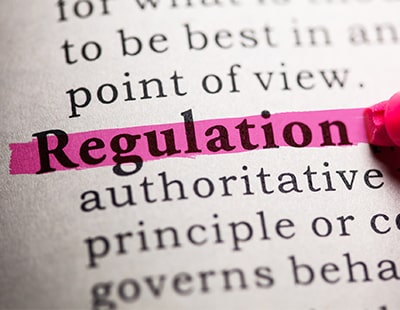 The industry press has given substantial space to recommendations from the Regulation of Property Agents, the government’s working party which has called for a revolution in how agents are regulated, licensed and trained.

But what’s behind the headline clamour for improved service and accountability? What hidden motives - welcome or otherwise - drive the views of Lord Best’s working party?

It’s worth remembering that the recommendations were agreed unanimously by the working party members, which include diverse and competing trade groups. These are not well-intentioned ideas by pie-in-the-sky MPs - these people know their stuff.

Then the recommendations were effectively nodded through by the Ministry of Housing, Communities and Local Government - a sure indication that, once the Brexit porridge has been dealt with at Cabinet level, these measures are likely to become law by around 2022.

So first let’s look at the headlines, and then what lies behind them...

- the new regulatory regime will be binding on agent companies, and certain individuals, that act as intermediaries to property transactions;

Some fascinating threads lie just below the surface of the 54-page document, perhaps not all as supportive of the agency industry as the spin on the report might want us to believe.

Let’s start with the praise. Having heard RoPA chair Lord Best speak on the report on two occasions, and with his own substantial experience in property, it’s clear he genuinely respects the role of agents and acknowledges their expertise.

That explains why the report makes clear it wants agents to become regarded as highly, in public eyes at least, as solicitors. In an early part of the report, it’s made clear that solicitors are a model of the professional, performing complex and high-risk tasks in line with accepted levels of skill and ethics.

There’s also acknowledgement that even in this age of the internet, portals, property supplements in newspapers and Phil and Kirstie on TV, the public are still unskilled by comparison with agents.

We know this, of course, but it’s reassuring that a figure listened to by government feels the same way.

Hence the report includes a telling, if lengthy, sentence: “Sales and lettings are complicated tasks governed by complex areas of law. It can be difficult for an inexperienced owner to know whether their agent is acting lawfully and in their best interests; and if not, how to switch to one who will. The average homeowner moves only every 19 years: so the sales market does not encourage consumers to become expert. Equally, the amateur landlord may find it difficult to know which letting agent is offering the best value for money.”

However, there’s also an implicit criticism of the industry in the report.

Although the working party itself included representatives of almost all of the major trade bodies involving agents (although not landlord groups) it makes it clear that none of these could become the industry’s new regulator.

Does the RoPA working party not think the likes of the NAEA, ARLA or other agency-led groups might be up to the task? I think it’s pretty clear that the report says they are not.

This explains why, having appointed a regulator and board, “We recommend that the regulator should be responsible for approving Designated Professional Bodies should it wish to involve them in the performance of its functions, and keeping their work under review.”

In other words, if the regulator doesn’t want a body like the NAEA or ARLA involved in regulation it doesn’t need to involve them - so they have to be subject to the rules, without necessarily having a say in the rules.

The report also, by the way, gives the first breakdown of existing trade body membership that I have seen for some years - and this shows not only the spread of trade bodies that exist, but also the surprisingly small membership of some of them:

Membership of any of these groups is voluntary, of course, but perhaps the absence of anything approaching an ‘all-industry’ group influenced the working party to call for a completely separate regulator and body to be set up.

There are gaps in the report’s recommendations, most notably that many landlords in particular operate without agents and so fall completely outside these proposals. That’s not tenable as private renting grows in size and importance to the public and politicians alike.

To its credit, the report makes clear that the regulator’s authority includes the right to expand the remit of regulation to include landlords, as well as developers and others such as Right to Manage leasehold block companies. It will happen rapidly, I predict.

But with such a one-size-fits-all set of proposals, there comes a lot (and I mean A LOT) of red tape that bubbles up in the report’s recommendations.

One particular idea shows this: “We recommend that the new regulator create a working group for each sector of property agency it covers, to develop that sector’s chapter of the initial regulatory code of practice, taking care to achieve the widest possible representation within each sector.”

Just how many working groups would that mean, with one each not just for the ‘obvious’ parts of our industry like sales and lettings, and then perhaps for international activity, and then managing agents and buying agents, Right to Manage firms and so on. Plus of course the regulator itself will have a board.

This all adds up to a lot of jobs, positions and committees, not to mention the huge growth opportunity for training and qualifications: it’s a very comprehensive revolution but one that has a lot of scope for bureaucratic delay and conflict.

Finally, of course, one key point which cannot be addressed fully by the support is funding to police the new regime.

Lord Best makes clear, both in person and in the report, that it’s good news for all concerned that there have been more funds made available to the current National Trading Standards Lettings and Estate Agent Team based in Powys.

But substantially more funding will be required both to set up the structures envisaged by the RoPA recommendations, and then to enforce them.

The acid test there - along with the will to push through the RoPA recommendations to become actual law - rests solidly with the politicians.

That’s the big question, and one which we may find out more about in the next few weeks when yet another new housing minister goes through the revolving door…

Regulation - is there a better way of becoming a better industry? ...

If a week is a long time in politics (an old...