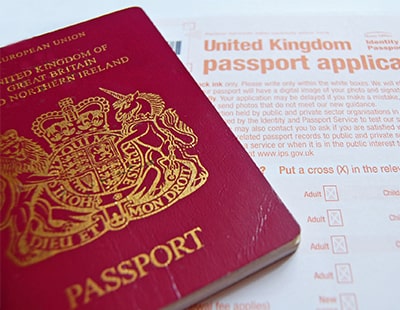 Theresa May’s ‘hostile environment’ policy that was implemented in 2012 was designed to make staying and residing in the UK as difficult as possible for migrants.

In the hope that some may voluntarily leave, ‘go home vans’ drove around London, yet inspired only racism, prejudice and hatred towards diverse communities.

While the hostile environment silently lingers on, in February 2016, the Home Office introduced the Right to Rent scheme in which landlords were suddenly forced to verify the immigration status of every potential tenant.

In addition, employers are also instructed to run Right to Work checks on non-British employees to determine whether or not they can be hired – a policy which will only double the workload of recruiters once European migrants are subjected to the same checks. To make matters worse, if landlords and employers fail to run such checks, it could lead to a fine or even prison.

The Residential Landlords Association (RLA) similarly discovered that over half of 50,000 landlords refused to rent to people on a time-limited visa, which is more or less all working migrants, and 20% refused to rent to EEA nationals.

It has been reported that property owners – to remain on the safe side – prefer to make contracts with applicants who have applied for British Citizenship, rejecting those with a foreign-sounding name or foreign accent.

The glaring obvious shortfall of this is that many BAME British citizens and UK-born children of migrants may not possess the proof necessary. Many do not register before the age of 18 due to the exorbitant fees that continue to rise, meaning that, although they are entitled to live, work and reside in the UK and are doing so lawfully, they are refused from doing so.

Evidently, the Right to Rent scheme was intended to detect overstayers and illegal migrants has only resulted in the extreme racial discrimination towards ethnic minorities. While the UK government wants to make sure that the procedures in the property industry remain legal, the legislation fails to successfully control immigration altogether. Instead, the scheme plays a major part in the national homelessness crisis, as figures continue to rise.

In the current legislation, employers are instructed to keep data of non-British employees throughout their employment. If they fail to do so, they will face a £20,000 fine and/or five years in prison.

With the government planning to uphold and support the skills-based immigration plan for post-Brexit Britain, EU staff will also fall victim to this policy – not to mention plunging many businesses into an administrative nightmare as they maintain this rule.

Several EU-nationals will be greatly impacted, especially in the event of a No Deal Brexit as many will be residing in the UK legally on the European Temporary Leave to Remain status which expires after 36 months. Amid visa confusion and transitionary measures, it’s highly likely both innocent employers and their staff will be caught in the net of this scheme.

Asylum seekers, stateless people and victims of slavery, human trafficking and domestic abuse are also subject to fail in these procedures, as they tend to leave vital documents behind or do not have access to them when escaping life-threatening circumstances. These vulnerable individuals are being denied basic human rights.

With the Right to Rent checks implemented in 2016, along with employers forced to conduct extreme background checks in their businesses, the government has utterly failed to control the immigration system by neglecting the most vulnerable, as well as disregarding skillful workers who could thrive in the UK.

With Brexit most-likely commencing no later than October 31 2019, legal residents and EU nationals will fall into the cracks of this legislation.

It took the High Court near three years to rule that this policy violates the European Convention on Human Rights and equality laws, despite the 2015 pilot forewarning the discriminatory nature of this scheme.

Independent Chief of Borders and Immigration, David Bolt investigated the scheme in 2018 and discovered that it had “yet to demonstrate its worth as a tool to encourage immigration compliance”.

These harsh events remind us all too well on the Windrush scandal in which residents were denied their right to work, rent and public service access, such as NHS treatment, after living and working in the UK their whole lives.

Sadly, we may witness the same injustice happening to EU nationals again, in the case of any Brexit scenario. With this legislation, legal residents, skilled migrants, BAME and victims of abuse are disregarded and alienated in their home country.

Ordinary people, such as landlords and employers are being pressured into conducting operations with bias while being threatened with severe punishments if failing to obey these rules.

This policy not only racially discriminates individuals but may also harm the UK economy in the future. While the government justifies policies as mere concern for UK’s future, these legislations of such discriminatory nature are nothing short of cruel and inhumane towards our most vulnerable in society.

*Pia Subramaniam is a correspondent for the Immigration Advice Service – an organisation of leading UK immigration solicitors.

Crowded house: are you super vigilant? ...

I don't think there is one person in lettings and property...