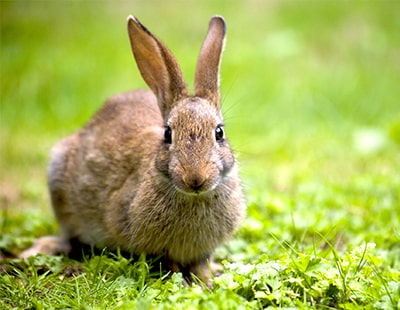 A landlord claimed £450 for the re-turfing of a property’s rear garden, saying the lawn ‘totally disappeared’ during the 24-month tenancy.

The tenant said the grass deteriorated as a result of a hot summer followed by a cold winter. They were not alone, they argued, a neighbour’s garden also ‘died’. Furthermore, there was poor drainage in their own plot, they said.

The tenant produced a statement from a gardener which described issues with lawns in the area caused by fluctuating weather. However, the gardener did not visit their property.

Since the condition of the grass was outside of their control, the tenant argued, the landlord should replace the turf.

The landlord argued that the grass was in good condition at the start of the tenancy, but was mud and animal straw by the end. Also, a neighbour had seen 14 rabbits in it, they said, and produced an email from the neighbour to that effect.

This email also described how the rabbits had damaged the tenant’s garden and a neighbouring property. The landlord provided the tenancy agreement which stated that the tenant should return the garden to its original condition, subject to seasonal change.

Adjudicators upheld the landlord’s complaint because their evidence was more compelling. The quality of the check-in evidence was good and the tenant did not dispute it.

The check-out evidence showed extensive deterioration of the lawn, and adjudicators agreed that it had taken place.

The fact the gardener did not visit the property undermined the tenant’s claim that extreme weather and poor drainage caused the damage.

A check-out photograph of the green lawn of next door’s property also contradicted their claim that the neighbour’s garden ‘died out entirely’.

In gardening claims, adjudicators look at tenants’ obligations set out in the tenancy agreement and whether they need specialist garden maintenance knowledge or skills.

They will also note the seasons at check-in and check-out as well as whether there is adequate evidence that pets have caused damage.

While the pet argument in this case was weak, the landlord provided a witness statement and photographs to support it. The adjudicators found that the tenant should have maintained the garden to the standard it was at the start of the tenancy. Doing this needed no specialist knowledge and skill, they added.

When deciding whether claim costs are reasonable, adjudicators will look at garden size, amount of work required and whether there is an invoice to make good the damage.

Applying the above, the adjudicator concluded that the £450 cost to re-turf the garden was fair and reasonable.

Deposit disputes can be time-consuming and difficult for all parties involved...