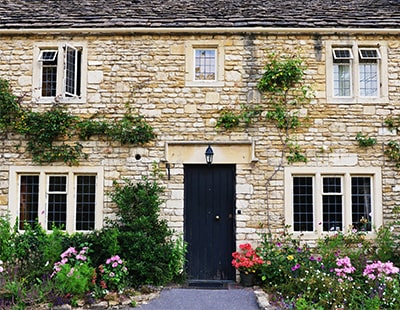 The issue of ‘intergenerational fairness’ has been raised in recent weeks, some might say somewhat ironically by a House of Lords’ Committee.

We won’t go into a debate around whether a body - made up of predominantly hereditary and bestowed title peers – is best-placed to be talking about this but it adds to the debate and perhaps might lead to a fairer situation.

Anyway, a report from the Committee on Intergenerational Fairness and Provision has hit the media headlines not least because it calls for a serious revision of the stamp duty system but also because it dares to suggest that some of the benefits that retired people currently get – for example, free TV licences – should be linked to income.

In other words, the introduction of some sort of means testing rather than a universal provision.

The calls for changes to stamp duty are not new of course and the Committee’s claims that it ‘distorts’ the housing market are shared by many.

The big question is how might it be changed in order to deliver better opportunities for younger people to get on the ladder?

After all, some might argue that stamp duty already favours first-timers given that they do not need to pay it if they are purchasing a house valued up to £300k.

The Committee seems to suggest that a further helping hand might be delivered to younger buyers if there is a review of stamp duty for those who are already some way up the ladder but might wish to drop down a step or two.

Again, the argument around incentivising downsizing for older homeowners is not new and while – on paper – it might seem like a good idea in order to free up larger, family-sized homes for younger purchasers, I’ve always believed it is fraught with difficulty.

For instance, how might we define ‘downsizing’ and (rather importantly) at what age might such a stamp duty incentive kick in? Is this going to be for anyone deemed to be downsizing, for example, what about a newly-divorced couple with children who are both moving out of the family home into smaller abodes? Would they get the stamp duty incentive? After all, this would also be freeing up a family home.

Or would it simply be available for homeowners over a certain age, which leads to serious questions about fairness? And of course, if we’re looking purely at a price-focused answer to what defines downsizing, then we immediately run into trouble for those people who might be selling in high-price areas and moving into lower-priced ones. A two-bed flat in London could be three times as expensive as a four/five-bedroom house in other parts of the country.

Perhaps it could be defined on square footage or the number of bedrooms but again we run into trouble in terms of defining what is a bedroom and what is not. Is it a box-room rather than a bedroom, for instance?

This incentive for downsizing often appears to be focused on individuals living in very large, £1 million-plus homes who many believe would move were it not for the stamp duty costs involved.

If there is any evidence to suggest this, I believe it is purely anecdotal – if anything, you might argue that people of a certain age are much more inclined to want to stay in a family home, rather than move out of one and frankly, if they are downsizing, they are going to be releasing equity and more able than most to pay the tax.

Can we truthfully say that such an incentive for older homeowners considering down-sizing would free up the number of properties that some are suggesting it would?

And, in an argument about ‘intergenerational fairness’, does the fact that older homeowners get a stamp duty cut really seem fair, when we are supposed to be helping younger potential buyers onto the housing ladder?

There might be an argument that, were such a policy to be introduced, it merely favours a generation that has already had plenty of benefits in its favour.

Perhaps, in looking at tinkering with stamp duty we are missing the point here, because it seems incredibly complicated and probably won’t deliver the benefits that the Committee thinks it will.

Instead, why not look at stamp duty in the whole, and see if we can’t change it to help increase transaction numbers for all?

There is plenty of analysis to suggest that cuts to stamp duty, not only increases the number of transactions but also result in increased revenues for the Treasury. These increases can be short-lived, however, where they result in property price increases.

Perhaps better yet would be to deliver on some of the promises to improve the lot of leasehold, to reinvigorate Commonhold and to encourage builders to build affordable homes which will stimulate the market rather than those which will create the greatest profits.

With fewer and fewer builders being responsible for delivering the nation’s housing stock what will it take to create a positive housing market for all?