So far in our contribution to the campaign to replace leasehold with commonhold we have outlined the stories of some of those affected, conducted an expert panel piece to find some possible solutions, and asked you to send in your questions for Housing Minister Heather Wheeler.

But we haven’t yet shown any examples of commonhold – the alternative system to leasehold  – in action.

According to an investigation by The Sunday Times, despite commonhold being introduced in England and Wales in 2002, just one leasehold scheme is thought to have converted.

Under proposals put forward by the Law Commission, blocks where 50%-75% of leaseholders agree would be able to switch to commonhold, but at present not enough is being done by the government and other stakeholders to establish commonhold as a viable alternative.

One man who is very much doing his bit, however, is Stewart Moxon, co-owner of commonhold building firm Hopton Build. Here we tell his story…

It was Stewart’s own frustrations and experiences with leasehold which led him to explore better and fairer means of ownership.

A relatively new company – established in January 2017 – Hopton Build is believed to be the only builder currently selling commonhold homes. Despite, on the face of it, being ‘insignificant small builders’, the company has big ambitions to transform the sales model in England and Wales.

But where did the journey begin? “I purchased my first home when I was 18, working two jobs to enable the deposit in the knowledge that inflation was high and prices would rise,” says Stewart.

“Better to be on the ladder sooner rather than later, otherwise it would move further and further out of reach.”

Later, as a self-employed businessman living in Yorkshire, he wanted to secure his own pension funds. Like many in a similar situation, he has steadily built a property portfolio with buy-to-let loans to provide a healthy retirement fund.

“It was my eighth apartment in Huddersfield where I realised the leaseholders didn’t own the freehold and there was an alternative agenda,” Stewart continues.

“In my earlier investments I had joined the leasehold owner’s management company, thereby having a say over the wellbeing and costs of the development. In this particular development there was only one other leaseholder who had offered to become a director, and he was being run rings around by the sub-contracted management company.”

So Stewart stepped in. Within days of becoming a director himself, Stewart discovered one of the residents, a tenant, had decided that the parking space outside the communal front door was his and that no-one else could park there. Armed with a large paint brush the tenant painted his apartment number in the tarmac, quickly followed by another resident duly armed with a spray can and ‘a third who it appeared had used a yard broom’.

However, when Stewart asked the sub-contracted management company to step in, he didn’t even receive an acknowledgement and so decided to address the problem himself.

After close inspection of the title deeds, he agreed with his co-director to post ‘cease and desist’ notices to all residents, advising them it would be criminal damage if the numbers weren’t removed within a week.

“Thankfully the numbers were removed,” Stewart says. “It showed a more hands-on management would pay dividends. The management visited the site every couple of months and were based in Shropshire some 100 miles away!”

A poor form of ownership

After discovering the issues associated with leasehold, Stewart set his sights on the freeholder who owned the development. Legally, the builder should have, when selling the freehold, offered it to residents first, but in this case (and many others) the freehold had been sold to another investor without the apartment owners having been offered a chance.

Further digging revealed murky behaviour regarding limited companies, parent companies being moved to offshore tax havens and freeholds legally considered unsold despite being sold in all but name, as well as clauses that saw annual ground rents doubling every 10 years.

“The ability to get a double dividend and effectively sell each apartment twice led to turbo greed and other onerous clauses, each building on the freehold resale value and adding to massive profits,” Stewart explains.

“The builders then also turned the greed to other homes where there wasn’t any justification for leasehold. The leasehold estate was born. Play areas, common grass areas became a sales feature which was in fact set up to become another cash cow, tying the leaseholders to uncontrollable management fees.”

Stewart argues that leasehold isn’t any form of ownership, with the law also entirely on the side of the freeholder. With a desire to offer something different, the chance came about when a neighbour builder said he fancied constructing a new development.

“I agreed to help administratively, while he concentrated on the build. I wanted to prove there was another way, a lot better than both the historic and current leasehold, and even better than leasehold with a share of the freehold which many of my other properties had.”

Eventually, he stumbled upon commonhold as a solution.

While Hopton Build weren’t the first to use the 2002 Commonhold Act - with 20 other developments currently registered under a commonhold scheme in England and Wales - they believe they are the only builders currently selling commonhold.

Commonhold is already widely used throughout the world and, in fact, England and Wales are two of the only countries still employing the leasehold system.

Stewart says estate agents need to fully understand the differences between freehold, leasehold and commonhold if the system is to be implemented successfully. “An enquiry set form prior to marketing should establish the facts; information pending shouldn’t be allowed,” he advises.

Why the commonhold route, though, if building leasehold homes would prove so much more profitable? “Only this weekend I had the same debate with my fellow director who is asking why we are going down the commonhold route when we could have sold our apartments leasehold, with a share of the freehold. At a loss exactly how to list the many benefits, I ended up saying we were punching high to help make a new Gold Standard for the benefit of future generations.” 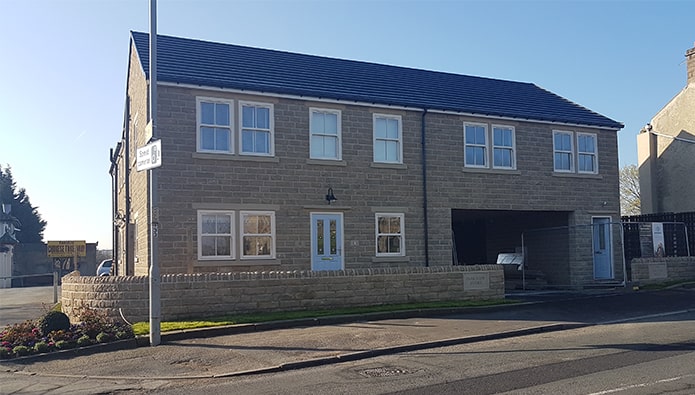 “If you buy a freehold property within a commonhold development, you actually own the freehold within your home - although management fees will still apply to maintain common areas,” Stewart says. “If there are any shared communal areas there has to be management, and importantly commonhold brings a scribed, good practice, means of management.”

“They had set up the National Leasehold Campaign against the dirty tricks and misleading leasehold sales which proliferated from the big builders,” Stewart explains. “I was also able to meet Martin Boyd from the Leasehold Knowledge Partnership (LKP). Martin is directly responsible for the revived interest in commonhold, having chaired the All Party Parliamentary Group meetings to consider it.”

Crucially, he was also able to meet Professor Nick Hopkins, who is leading The Law Commission’s attempts to make commonhold the gold standard. 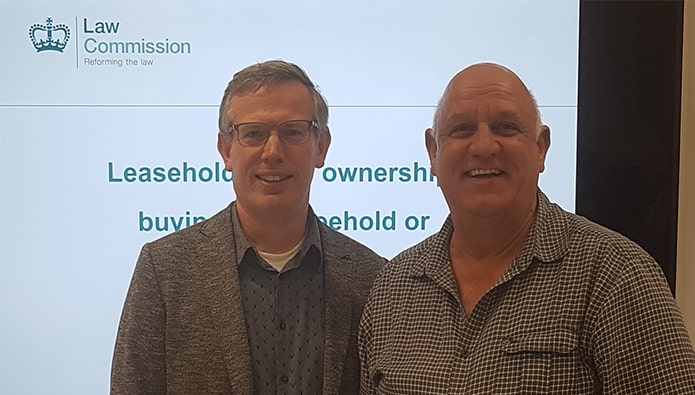 “For me it was one of those eureka moments, a group of like-minded people who were fighting to change the establishment and bring the leasehold scandal to the attention of the public.”

Despite resolving to build a commonhold development, significant barriers were still placed in Hopton Build’s way – not least difficulties with mortgage lending, problems registering a commonhold scheme with the Land Registry, wariness from solicitors and government stalling – but persistence and an intervention from Sir Peter Bottomley, who stood up in Parliament to ask why a commonhold builder was being blocked by the Land Registry, led to full registration being received.

“We have now completed the first sale with two more scheduled,” Stewart says. “The battle hasn’t been resolved and there is a lot of further work to ensure the benefits of commonhold become the norm.”

Stewart believes a change to the system will give smaller builders a better chance to be competitive against the huge organisations who build so many of our homes. It will ‘employ local trades, train local teenagers and provide incomes to local communities’.

He also believes the future is bright for commonhold. “I am confident, given the sterling work from The Law Commission, commonhold will be revitalised and earn its gold badge while also attracting a higher future valuation.”

Hopton Build is a clear example of commonhold in action. It can be achieved if the will is there. It’s now over to the government to give it a fair crack at the whip.

Hopton Build is an ethical builder ‘selling homes not leases’. You can follow its progress through @Hoptonbuild.

The leasehold scandal has received plenty of press coverage, with horror...

Even so close to the event, I don’t think anyone will...

Could embracing Commonhold put an end to leasehold nightmare? ...

At any given moment it’s difficult to say which issue dominates...