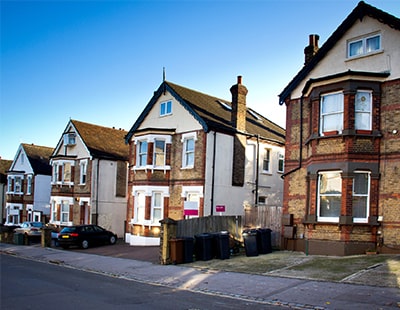 It’s clear that some agents are not fans of Trading Standards officers, described in the comments sections of the trade press as either ineffectual, under-resourced, too bureaucratic or even partisan in favour of online agents.

The feeling, however, is not reciprocated, at least so far as James Munro is concerned.

Munro is head of what is now called the National Trading Standards Estate and Letting Agency Team, a group of 14 people based variously at Powys and Bristol councils and charged with enforcing the Estate Agents Act 1979 and the Tenant Fees Act 2019.

“I’ve been in Trading Standards for 30 years and worked with a lot of industries. Agents are amongst the most collaborative, professional, forward-thinking and sensible of them all” says Munro, in an exclusive interview with Estate Agent Today’s Graham Norwood.

If that comes as a surprise it’s only because Trading Standards officers have been on the receiving end of criticism from agents who feel increasingly under pressure from a slew of new regulations and laws, in an industry hit by scores of ‘disruptors’ and subject to a market that in recent years has been a shadow of its former self.

NTSELAT has been an easy target for many disgruntled agents, but Munro is keen to say that he wants to talk and work with agents, not simply issue announcements affecting them - and he uses this interview to explain how his team works.

“There was some concern when the estate agency side [the former NTSEAT] was to be based at Powys. But to be honest it’s a label. We’ve got team members in South Wales, North Wales, Kent and elsewhere; we couldn’t base lettings at Powys because the Tenant Fees Act applies only to England - that’s where the Bristol decision came in” he says.

When it comes to resources - he has a modest annual budget of around £740,000 - he says it’s key to remember that his team is, to some extent, “a regulator of last resort” with most minute-to-minute policing of agents done by local council Trading Standards staff.

On top of that, he says many complaints about agents from consumers are dealt with by the redress bodies and, in the future, the recently-announced new homes Ombudsman.

“We [at NTSELAT] approve the redress schemes and I sense this overall system is likely to stay as it is for the future. It would be a huge upheaval if it changed” he admits.

But change is underway elsewhere, starting with what Munro calls “awareness training” for local authorities later this year - to explain their Trading Standards departments’ additional responsibilities policing the fees ban - and more reforms to the house buying process.

Although Munro is not a policy maker, he is party to some discussions at the Ministry of Housing, Communities and Local Government (on the buying process) and debate in the Regulation of Property Agents Working Group which reports this July (with measures expected to tighten up training and transparency for the industry.)

Munro thinks both strands overlap and have the consumer at their heart.

“One of my big targets is to get the agency industry to have better property descriptions, more information sorted out beforehand and given to prospective buyers before offers are made. It’s definitely not the old Home Information Pack but it’s likely to shift emphasis for preparing information about a property from the conveyancer and to the agent” he says.

Munro hints that a Property Passport and possibly Reservation Agreements may be trialled shortly - both have been mooted by MHCLG officials who seem to have been amongst the few government teams working on anything but Brexit in recent months.

And although Munro recognises that the Tenant Fees Ban being introduced on June 1 across England is unpopular within the industry, he sees it as part of the government’s process to make the housing market more transparent and fair for consumers.

“If the measures are unpopular enough the politicians can be thrown out at the next election - but there’s a fair degree of support for the measures amongst the public I believe.”

A more inward debate concerns online estate agencies and the continuing concern that high street agents have about the newcomers’ work processes and standards.

Munro admits that some online agencies have “sailed close to the wind” but he says his team treats issues surrounding ‘disruptor’ agencies in exactly the same way as any other.

“I can understand that many regard online agencies as a threat to the status quo, with new ways of doing things. Some have sailed close to the wind but most, like Purplebricks, have put a lot of money, time and thought into what they do. People may not like them but what we have to judge is whether online services are breaking the law” says Munro.

He says he regularly reads the agency trade media and realises there is scepticism amongst some traditional agents about the way online rivals are dealt with across the board, from how and what they claim in advertisements to their employment processes and how they work minute-to-minute.

“One issue is that the Estate Agents Act is 40 years old and makes no provision for anything online” he adds, but he says his team has access to substantial amounts of information that are unavailable to the industry as a whole.

This includes data from Companies House, HM Revenue and Customs, anti-money laundering information and material from the Advertising Standards Authority.

“I don’t see the treatment of online agents as being in any way different to how we treat the rest of the industry. I don’t see it as an issue at all” says Munro, adding: “The problem we’re up against is people’s expectations and what they think is happening - which may be different to what is happening.”

Munro is aware that the online sector is just one thing worrying the agency industry, especially with new regulations and legislation making it hard for some agencies - especially small ones - to know which of the literally hundreds of laws and rules they should know about. But he insists it was ever thus, and the same applies to other industries.

“When you drive to work I imagine there are literally hundreds of rules and laws you have to abide by, whether you know it or not. All businesses are the same: no industry has had one big rule or law that has encompassed everything. It’s bound to be a changing process; that’s difficult but it’s the same everywhere” he insists.

Despite batting off criticism from some agents - “I read what some say about us but it’s clearly a minority” he insists - Munro returns at the end of the interview to his overriding praise for the industry.

“I’ve got the utmost respect for agents and I want to talk to more of them” he says. It might be a conversation worth having if agents want an insight into how the industry is likely to change in the next few years.

Incoming – a summer of change for estate and letting agents ...

You may be right in thinking that Brexit has dominated the...

Impact of the Tenant Fees Act - how can agents cover their costs? ...

It has been a long time coming, but the tenant fees...